Batman™ fans and anyone who appreciates cool cars will love the LEGO® DC Batman 76139 1989 Batmobile™ model car kit for adults. This beautifully detailed LEGO brick building toy replicates the classic curves of the famous Batmobile car, as seen in the 1989 Batman movie. Measuring over 60cm long and built from 3,306 pieces, the model offers a challenging and rewarding build. Die-hard fans will love authentic features such as the slide-open cockpit with a new-for-November-2019 wraparound windshield element, 2 hidden machine guns with a pop-up function activated by turning the turbine exhaust, and decorative grappling hooks on each side of the vehicle. The Batman toy car comes with a rotating display stand (with an attached information plate with 1989 Batmobile statistics) for ease of viewing from any angle. A must-have for all Batman fans, this super-hero toy construction set also includes 3 new-for-November-2019 minifigures—Batman with a cape that matches his 1989 movie outfit, The Joker™ and Vicki Vale™—plus a brick-built minifigure display stand. 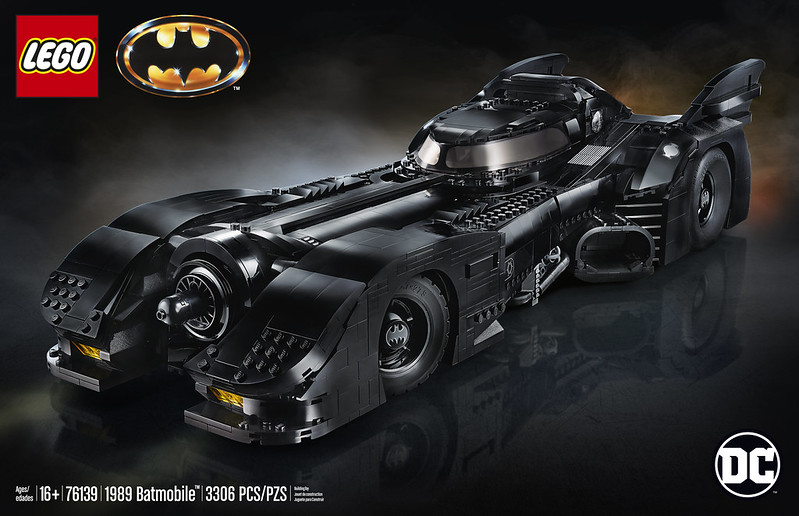 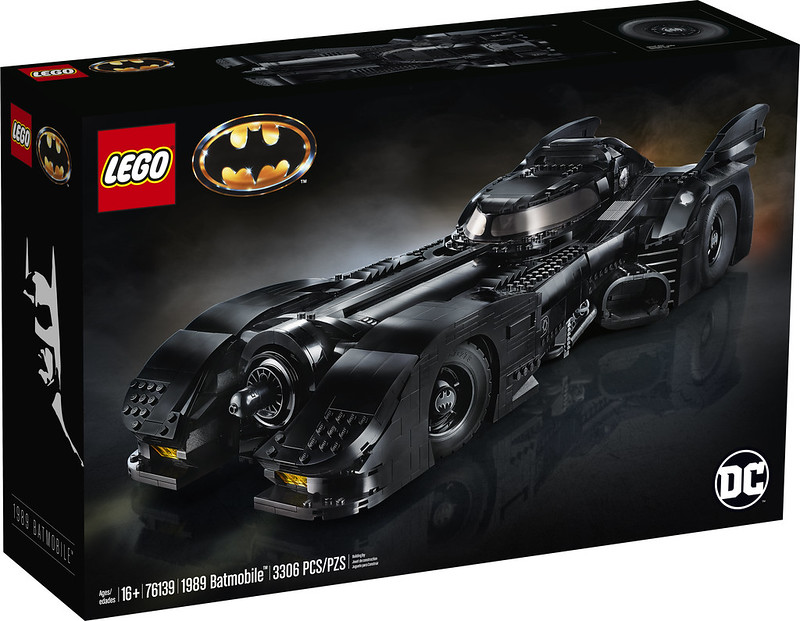 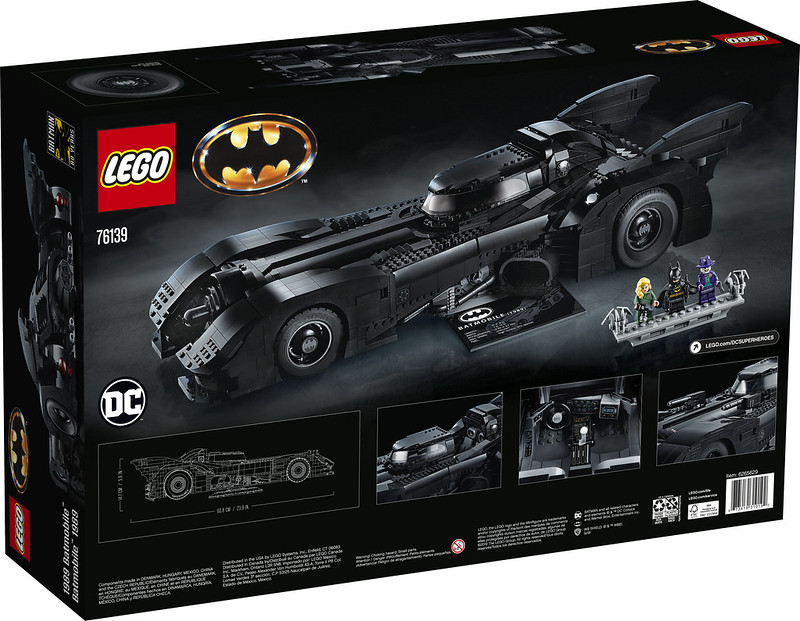 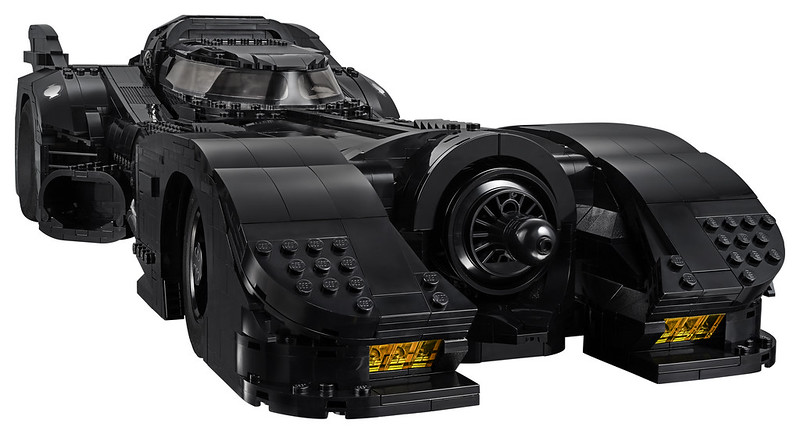 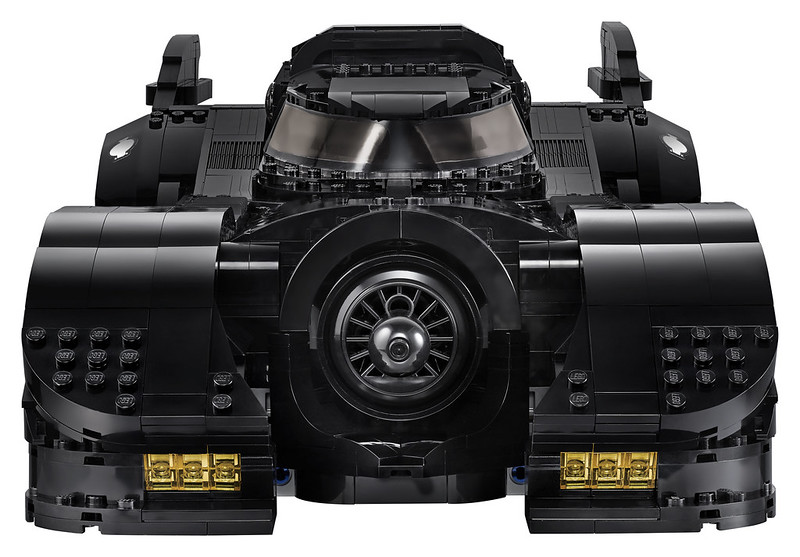 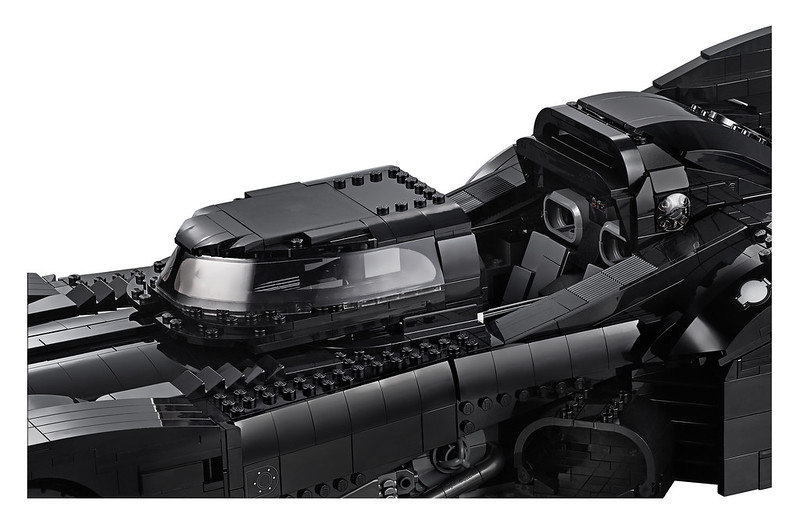 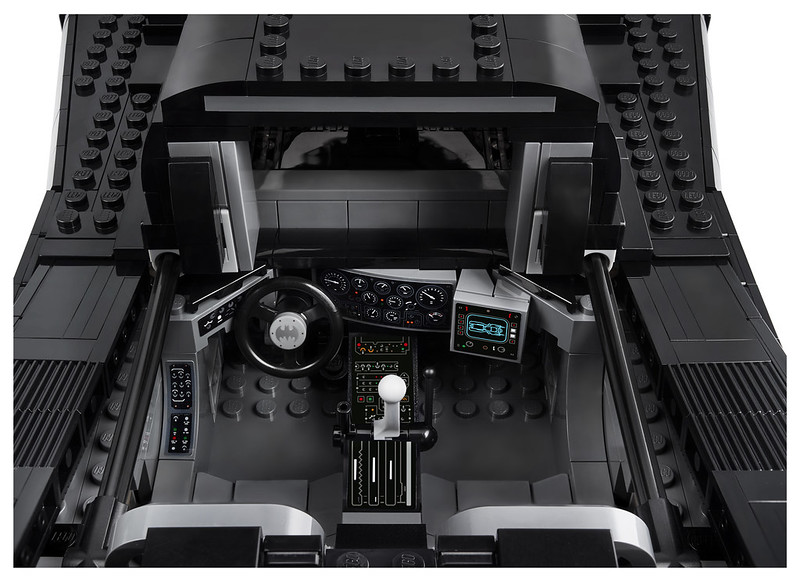 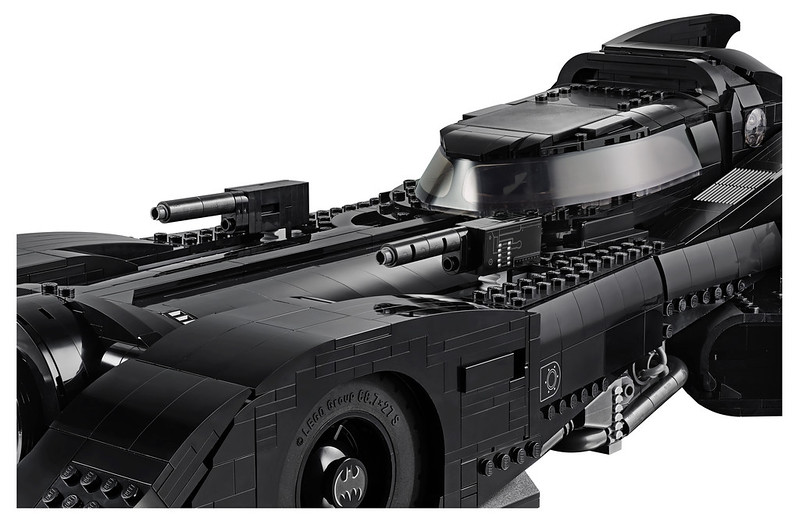 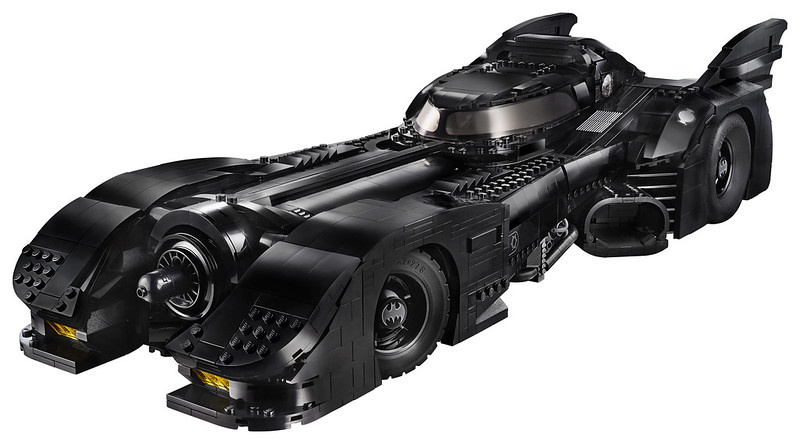 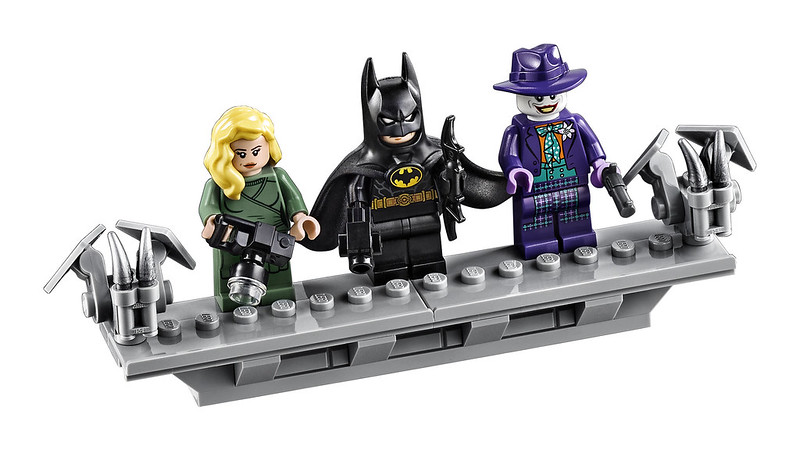 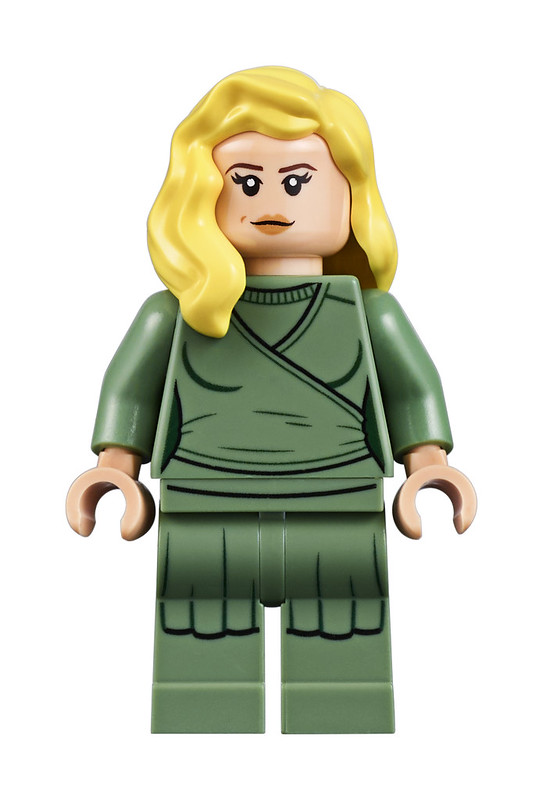 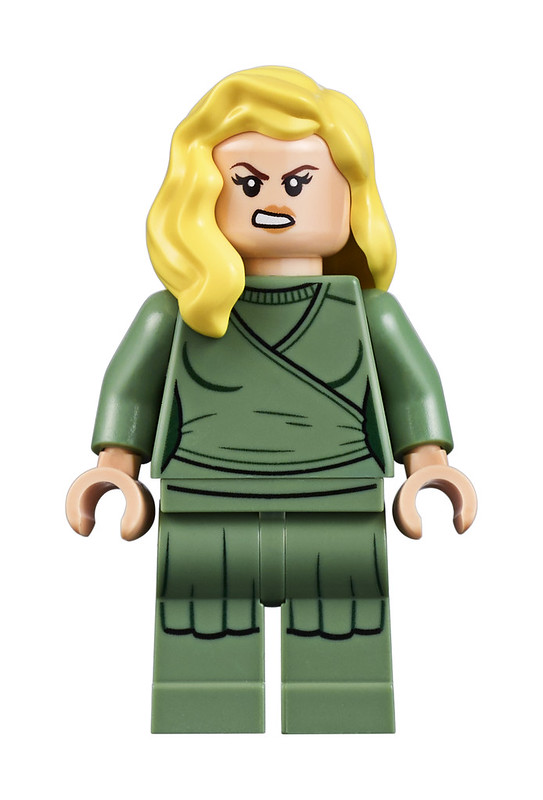 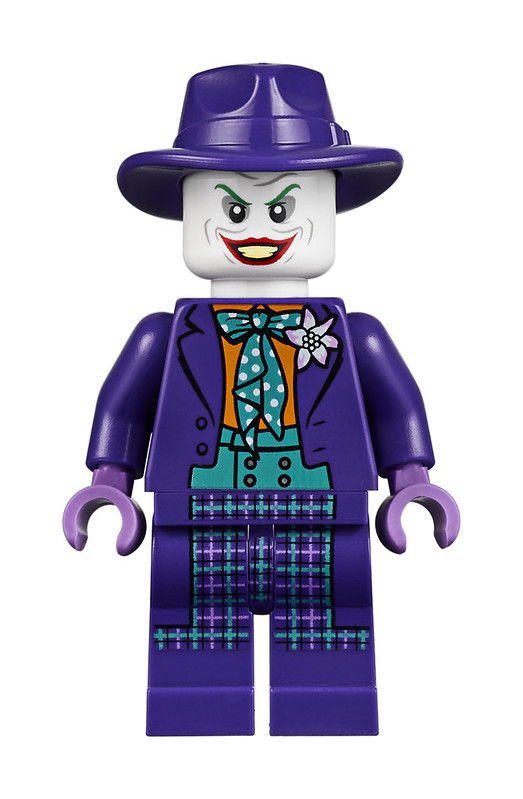 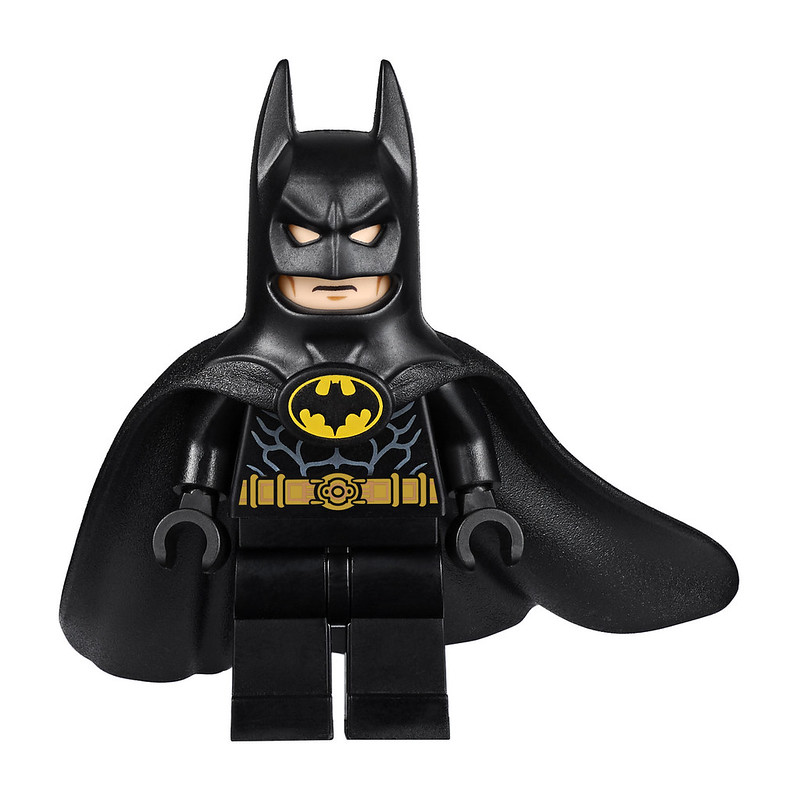 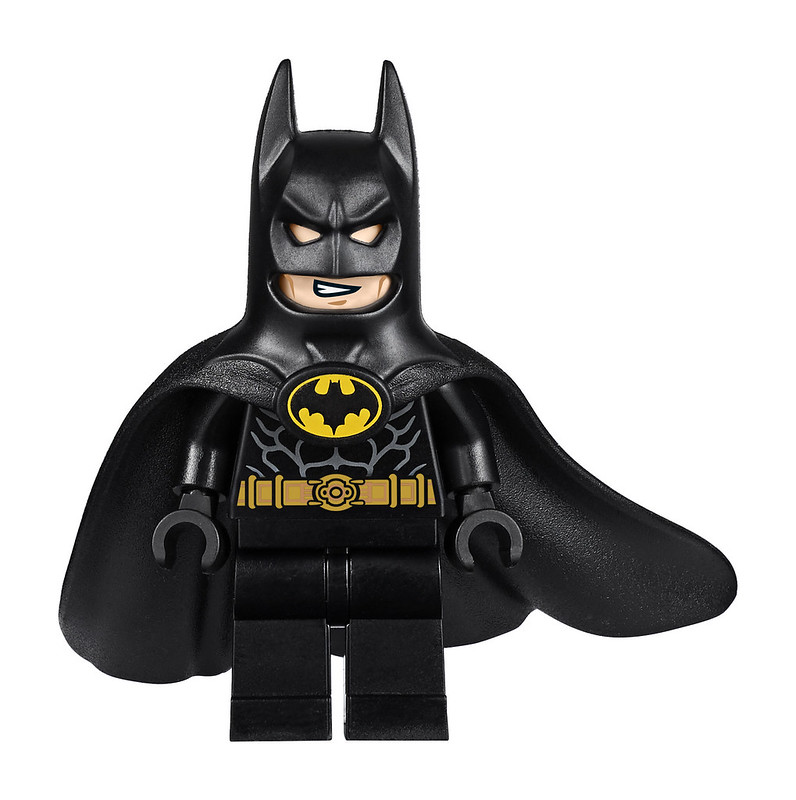 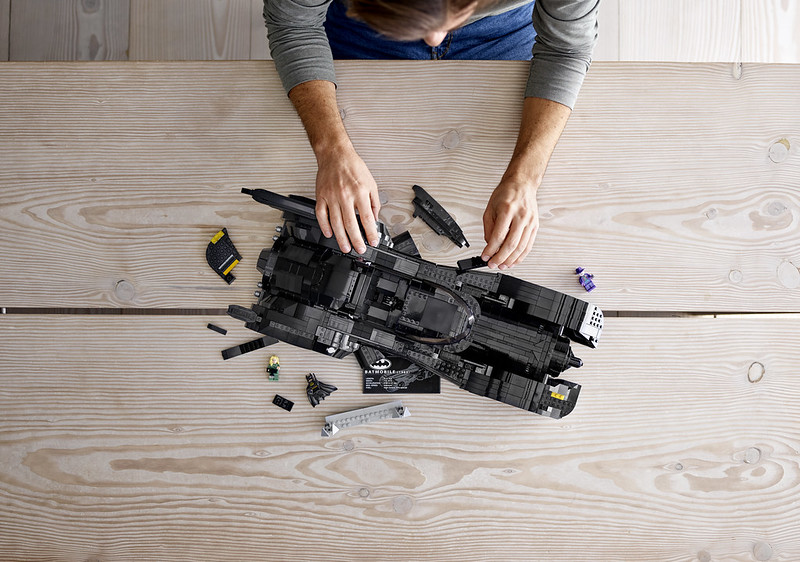 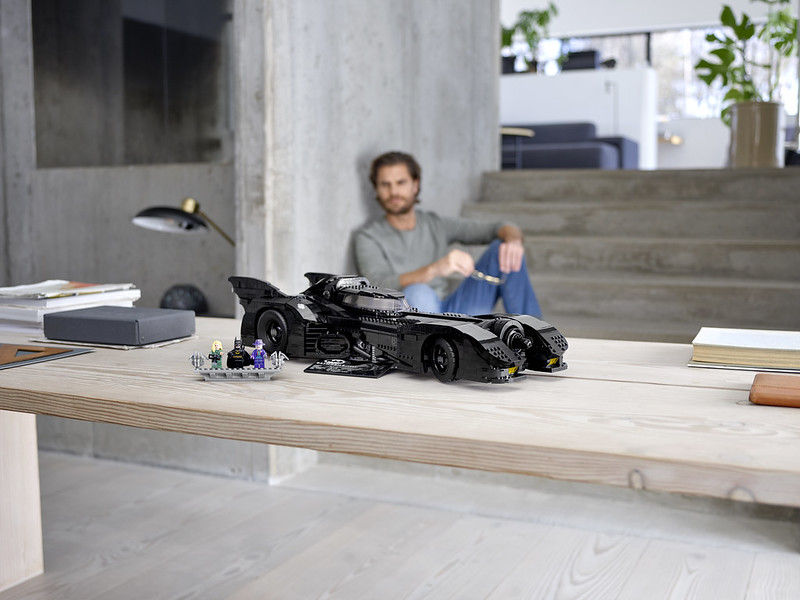 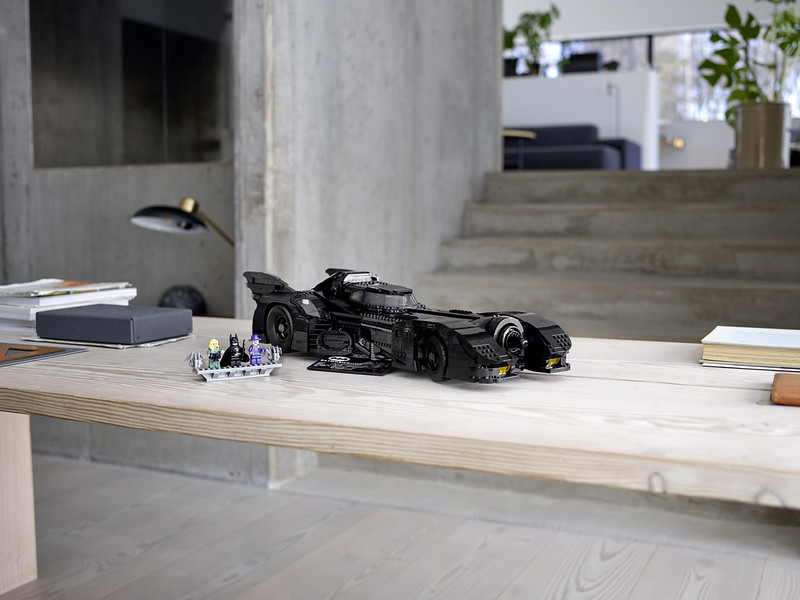 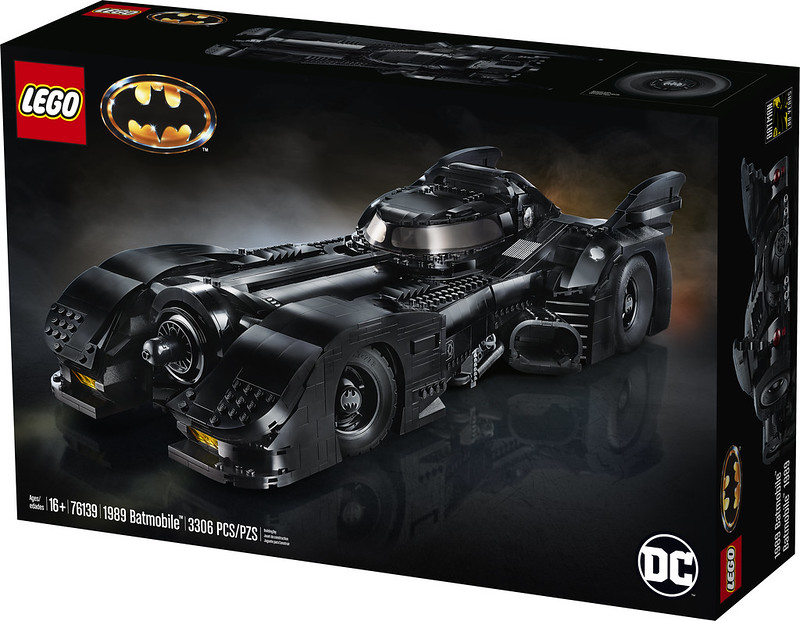 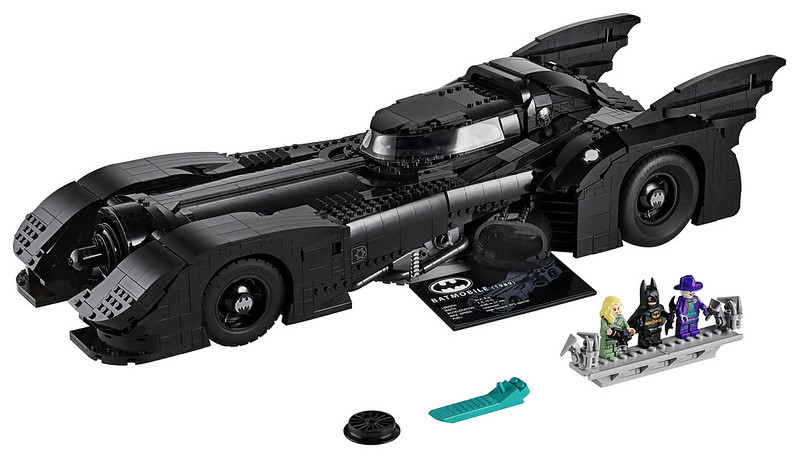 The LEGO Group announces the arrival of Batman’s™ 1989 Batmobile to celebrate the 30th anniversary of the Iconic film. Roaring into LEGO Retail Stores and LEGO.com from 29th November.

The 1989 Batmobile is built from over 3,300 pieces, measuring over 60cm long and sits on a rotating display plate. The sleek design makes this set a highly rewarding build that is perfect for displaying at home. This LEGO set includes three new-for-2019 minifigures: Batman with a new and unique cape, The Joker™, with a new face and torso decoration and Vicki Vale™ featuring a brand new torso and legs.

The 1989 Batmobile comes with a new-for-2019 wraparound windshield element and decorative grappling hooks on both sides of the vehicle. Place the Batman minifigure into the car by opening the slide-open cockpit before turning the car’s turbine exhaust to make the two machine guns hidden under the hood pop up. The Batmobile comes with detailed Bat emblems on the wheel trim and a set of specially designed tyres for the front wheels.

The 1989 Batmobile is launching as part of LEGO Black Friday event and those who purchase the set between 29th November and 5th December will receive an exclusive mini replica of the original model as a free gift available in limited quantities.

The 1989 Batmobile comes with a rotating display stand, with an attached information plate detailing the cars statistics for easy viewing and a brick built minifigure display stand for the three minifigures.

LEGO 1989 Batmobile is available directly from LEGO stores and LEGO.com from 29th November

Here is the official global recommended retail price list for the 1989 Batmobile.