The LEGO Technic Land Rover Defender set will be available globally from 1 October 2019. Recommended prices for countries around the world are listed at the end of this article. 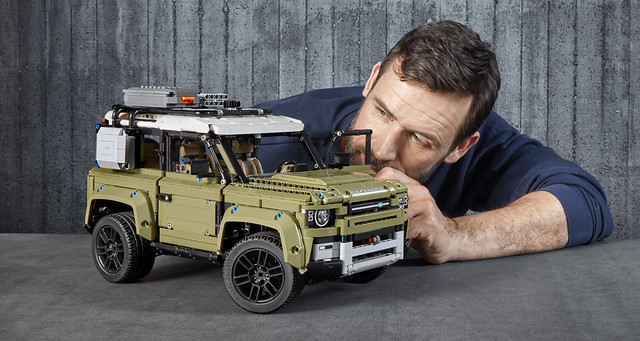 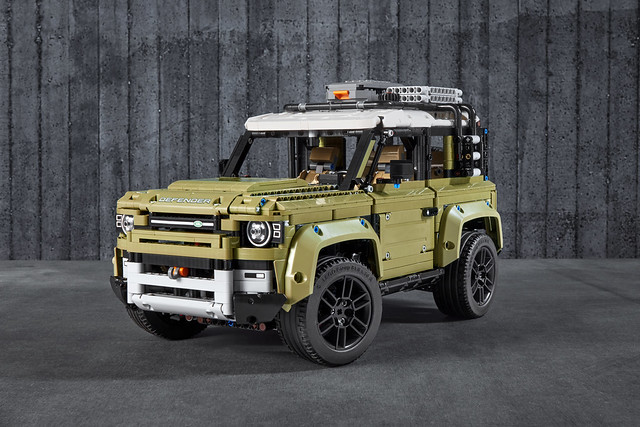 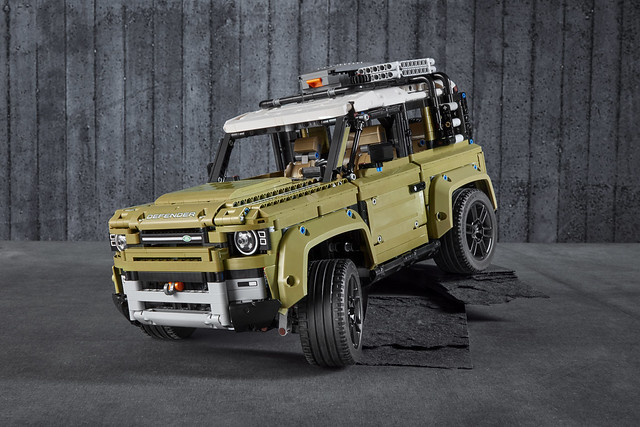 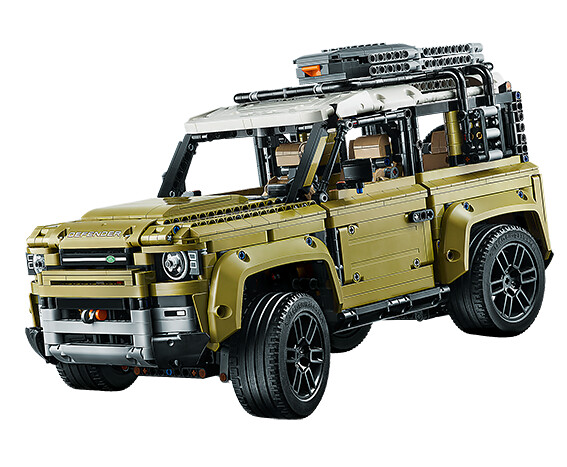 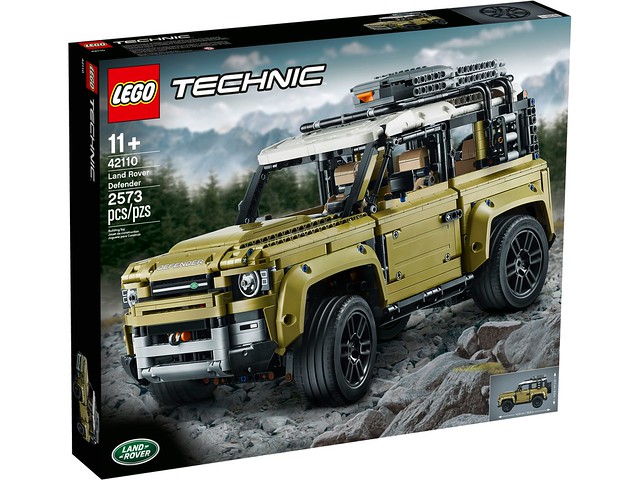 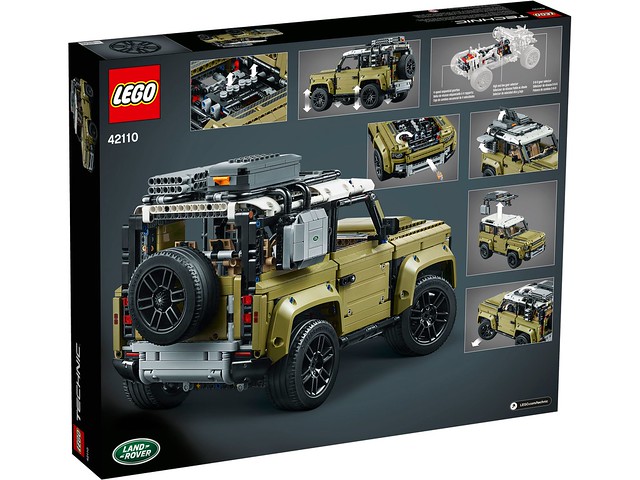 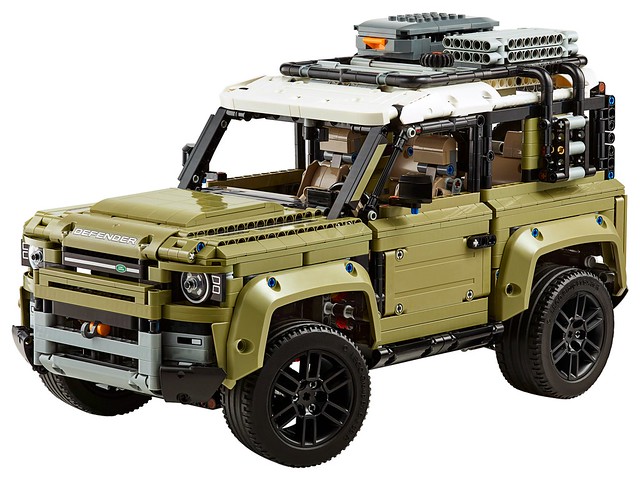 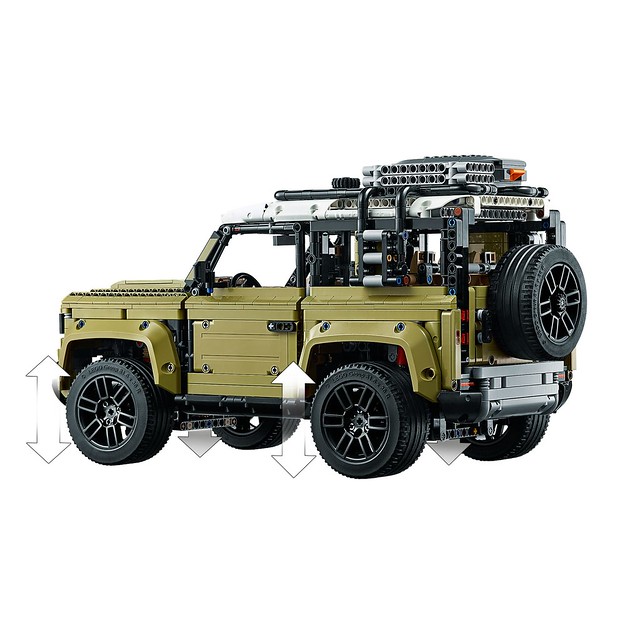 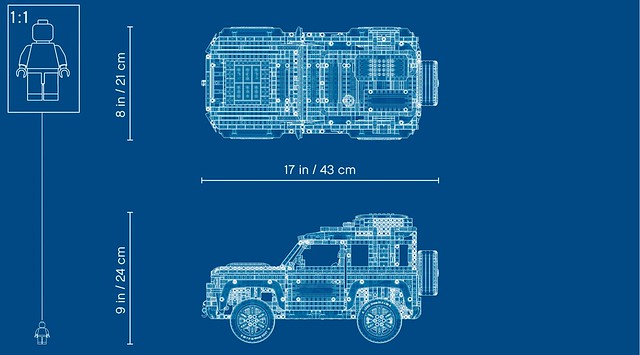 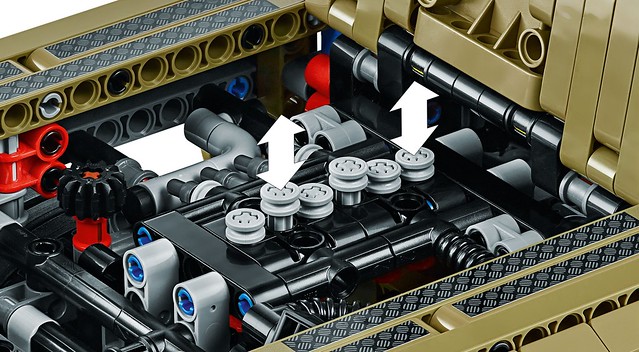 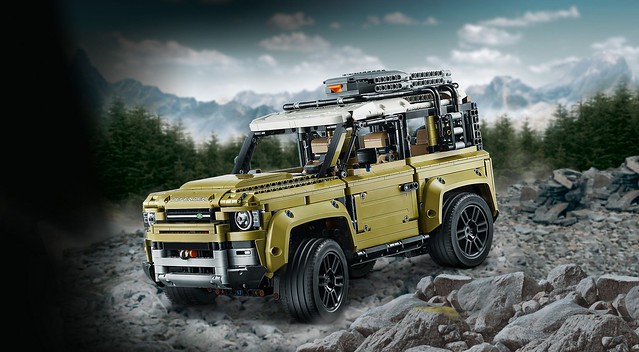 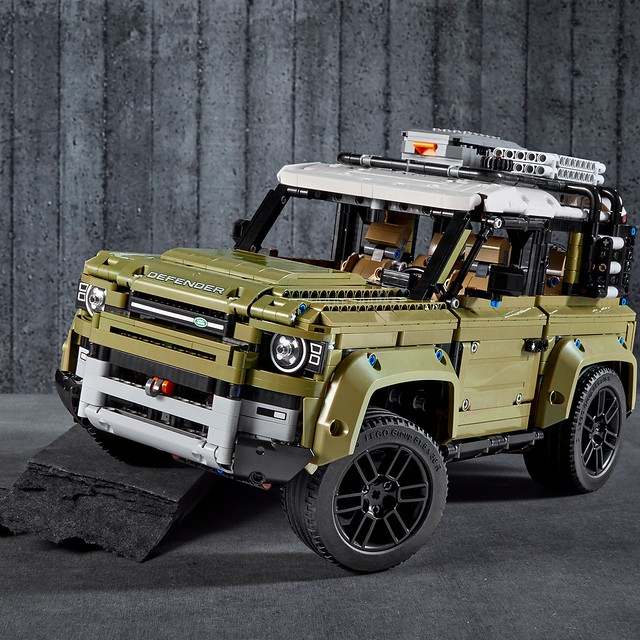 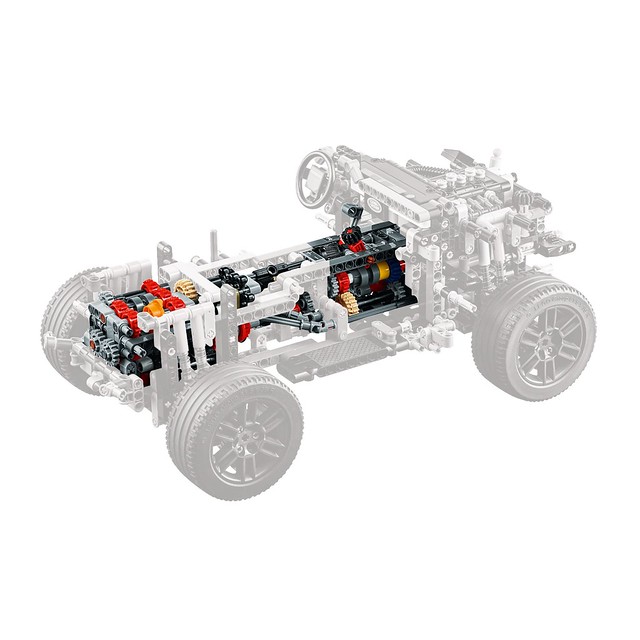 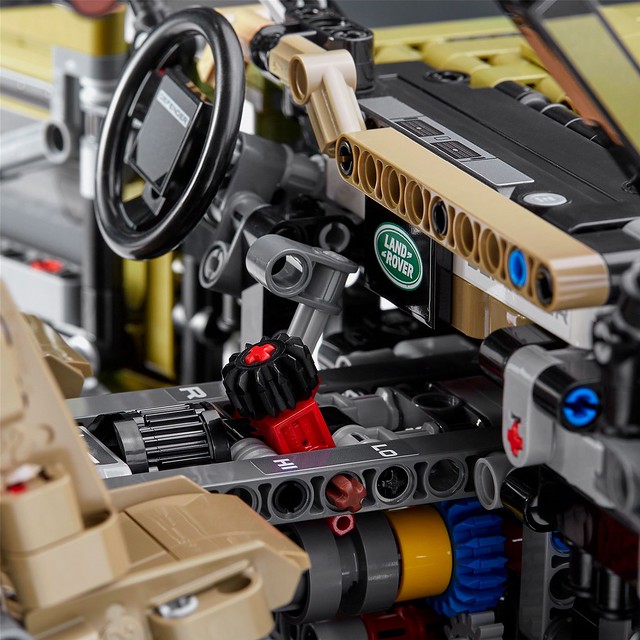 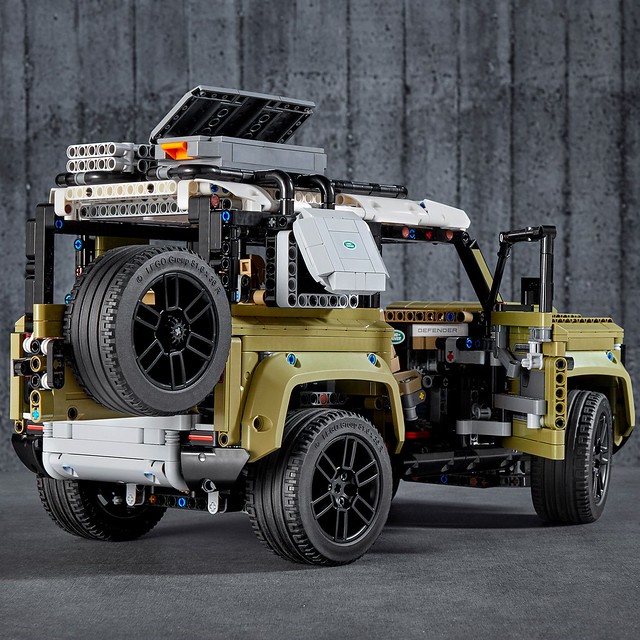 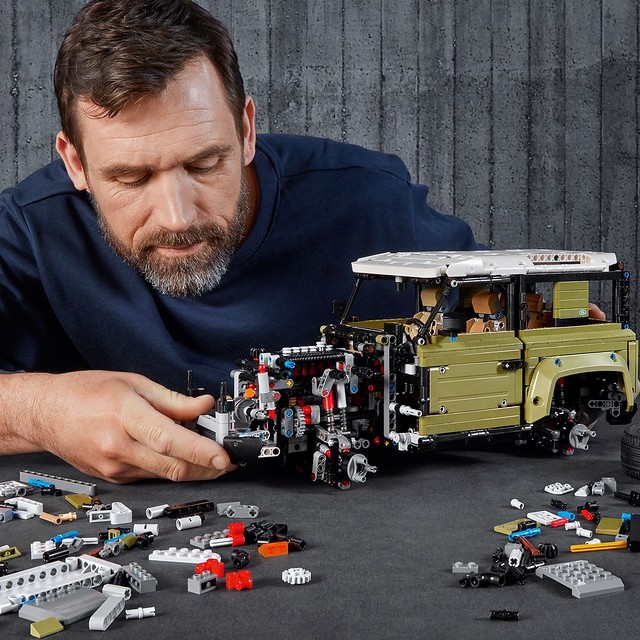 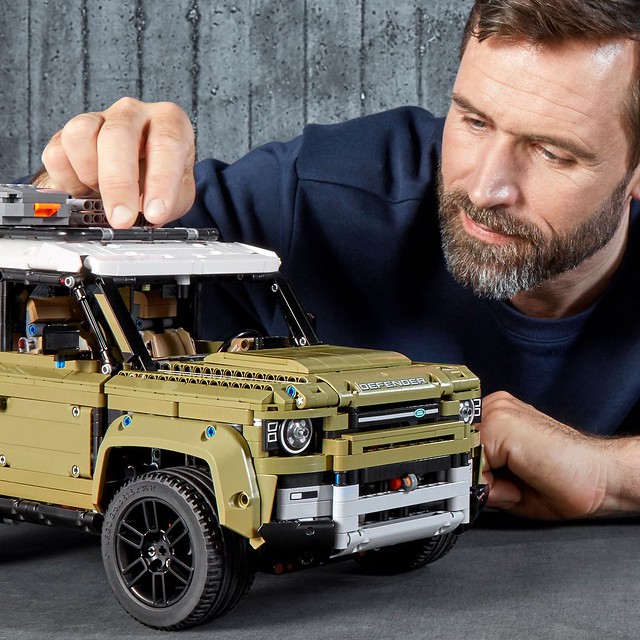 Frankfurt, 11th September 2019 – The new LEGO Technic Land Rover Defender is an automotive icon you can build at home.
Developed in partnership with Land Rover and launched alongside the New Defender at the Frankfurt Motor Show, the 2,573-piece model combines the boundless creativity of LEGO with New Defender’s instantly recognisable silhouette and unrivaled capability.

The LEGO Technic vehicle echoes New Defender with a host of realistic elements and functions, including authentic body panels and rims, four-wheel drive with three differentials, fully independent suspension, a working winch and LEGO Technic’s most sophisticated gearbox yet – all designed to provide an engrossing and rewarding building experience for car lovers and LEGO fans alike.

Niels Henrik Horsted, Marketing Director at the LEGO Group, said: “With every LEGO element, children can build anything they can imagine. I’m very excited about this new model – a truly impressive job done by our LEGO designers. Together with Land Rover, we’ve blended elements, design and innovative engineering into a set that shows the boundless creativity of LEGO play, and that with LEGO Technic you can build for real.”

Joe Sinclair, Director of Branded Goods and Licensing at Jaguar Land Rover, said: “The Land Rover Defender and LEGO brand are both iconic across the world, and the launch of New Defender felt like the perfect time to bring them together. The level of detail and engineering that has gone into creating this LEGO model perfectly reflects the work of our own designers and engineers who have been so dedicated to bringing a motoring icon back for the 21st century.”

Opening doors allow access to the model’s elaborate cabin with its working steering wheel and detailed dashboard. A new transmission system has two levers for engaging high or low ratios and a selector for changing gear – LEGO Technic’s most sophisticated gearbox yet.

You can also fold the rear seat forward to view the four-speed sequential gearbox, lift the bonnet to view the in-line six-cylinder engine with moving pistons and turn the rear-mounted spare wheel to open the rear door.

Reflecting the action-fuelled accessories available for the full-size New Defender, the model is finished with a working winch, removable roof rack with storage box, pannier, ladder and traction mats.

**Functions include a 4-speed sequential gearbox, All Wheel Drive with 3 differentials, independent suspension on both axles, detailed in-line 6-cylinder engine and a working winch.

**New-for-October-2019 transmission system with 2 levers for engaging high or low gear ratios and a selector for changing gear – the most sophisticated LEGO® Technic™ gearbox to date!

**Lift the bonnet to see the detailed in-line 6-cylinder engine with moving pistons.

**Turn the rear-mounted spare wheel to open the tail door.