There has also been a press release given to media outlets which we have reproduced here. 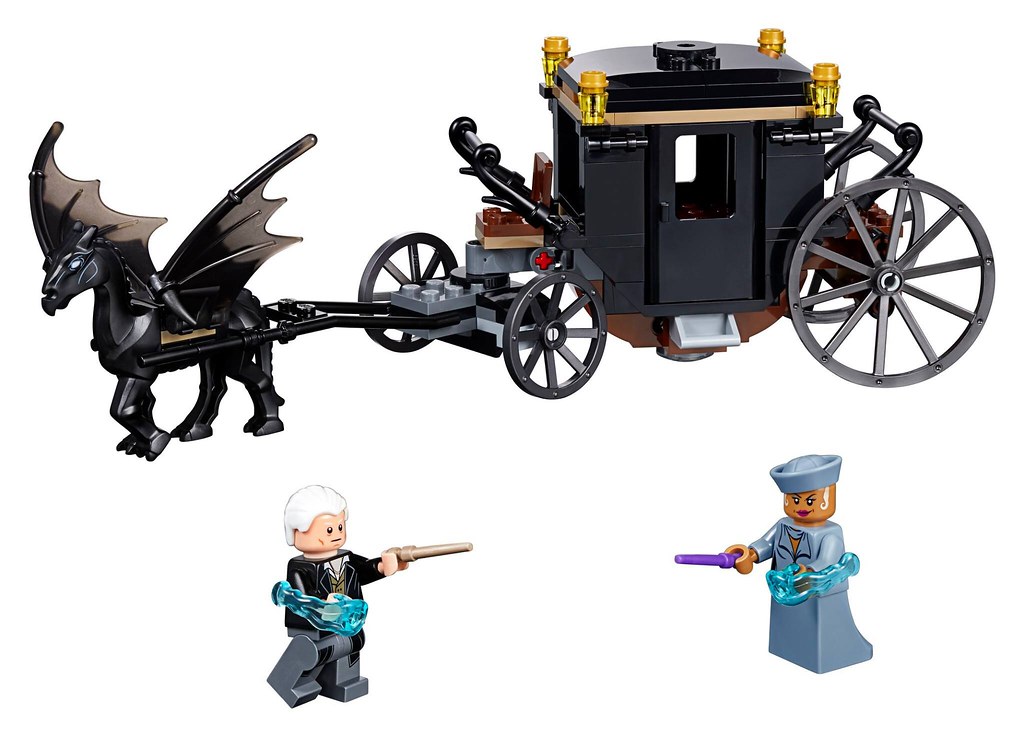 This looks to be a good lower price point set with a tale of the battle between the forces of dark (Gellert Grindelwald) and forces of light (Seraphina Picquery from MACUSA) with a new Thestral and the new wand pieces
August is shaping up to be a good month for LEGO Harry Potter fans!