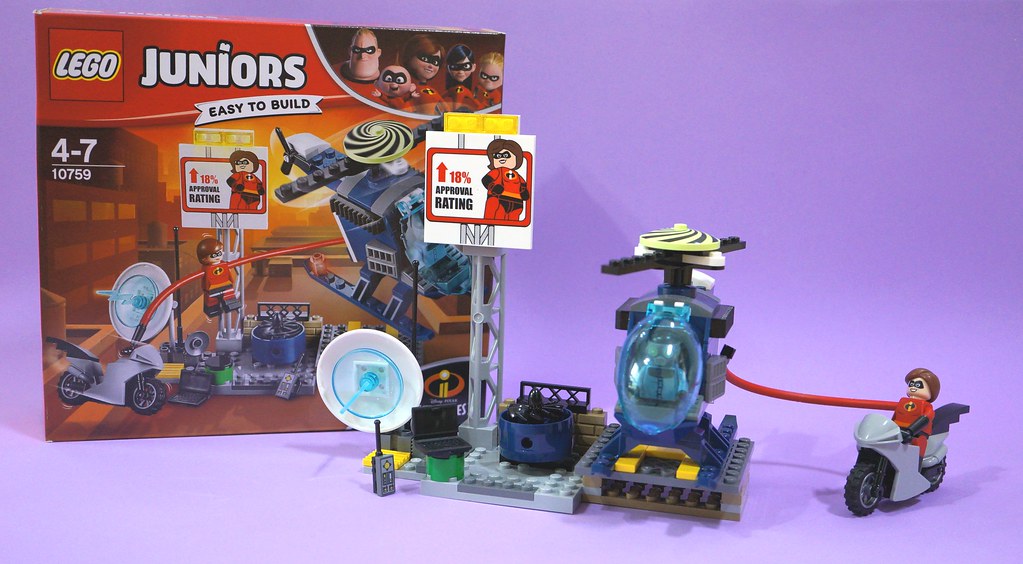 The Incredibles was a very good animated movie back in the day featuring lovable characters like the Incredibles family, Frozone and Edna Mode. When news of 4 LEGO Incredibles 2 sets(3 Juniors playsets and 1 Brickheadz set) were released, we knew we had to get them all.

This will be a review of the smallest playset 10759 Elastigirl Rooftop Pursuit which features Mrs. Incredible and Screenslaver.

I had my little one aged 6 build it up and there was absolutely no complicated step at all. Being a Juniors set, the build was completed relatively fast as it is intended for kids aged 4-7 (the  transition phase between Duplo and system sets) The little one particularly loved the copter and the swirly print on the top. Speaking of which, picture below show the printed parts in this set. As always, there are NO stickers in the Juniors line. 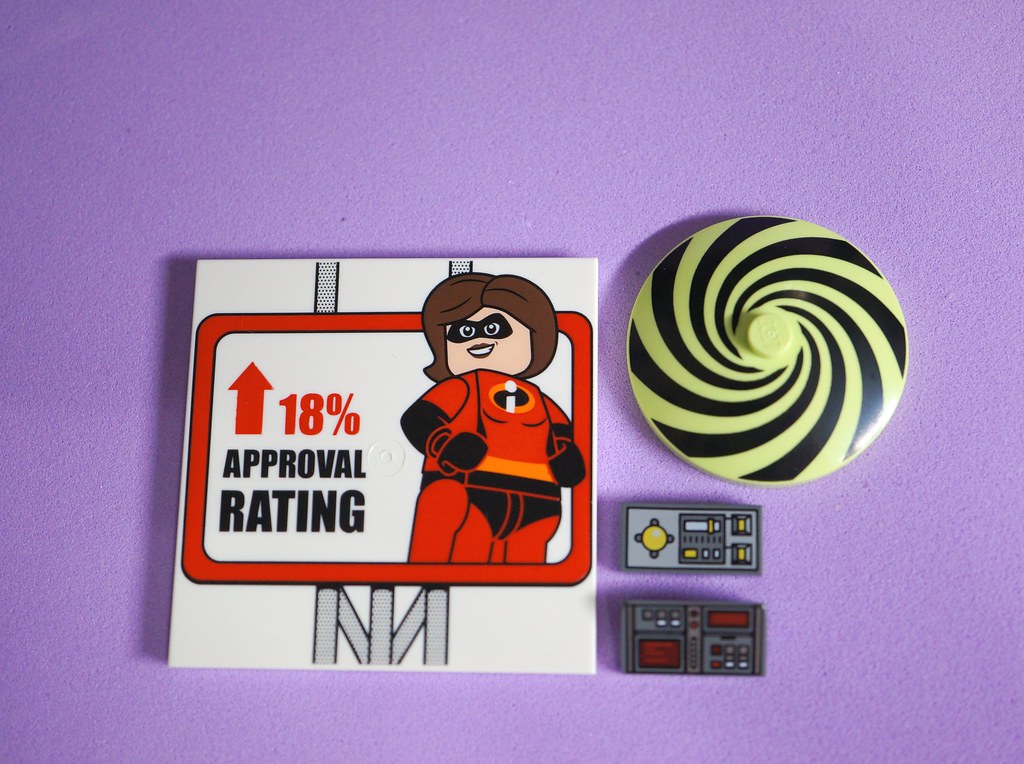 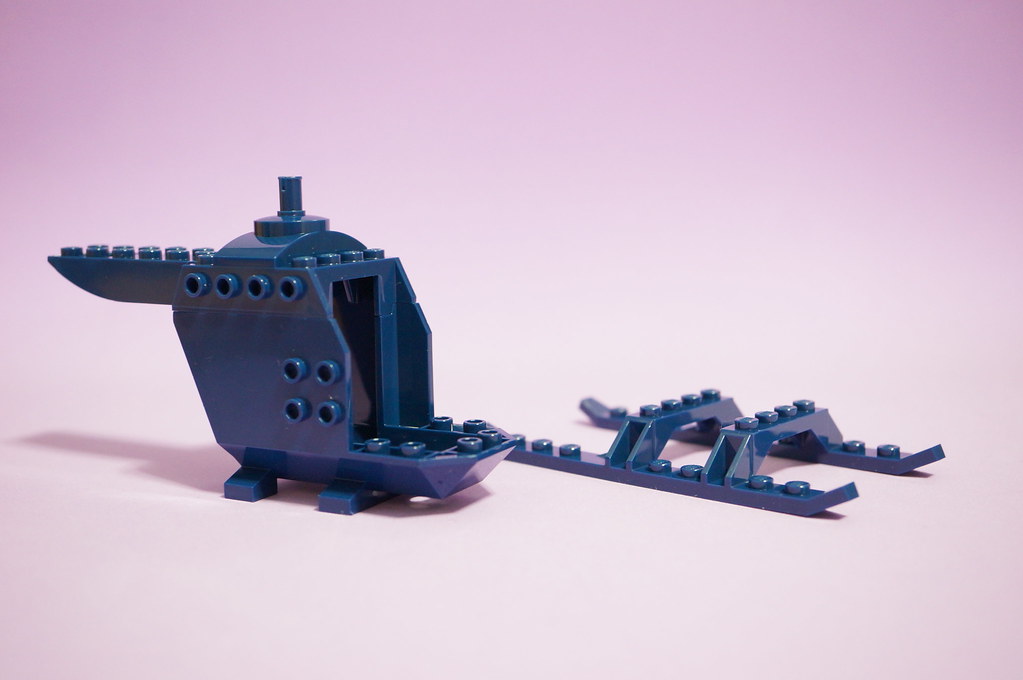 The completed build features a rooftop scene with a turbine, some communications equipment, a helipad with corresponding helicopter, a grey motorbike, a big printed billboard featuring the increasing approval rating of Mrs. Incredible and the two minifigures; Mrs. Incredible and Screenslaver. 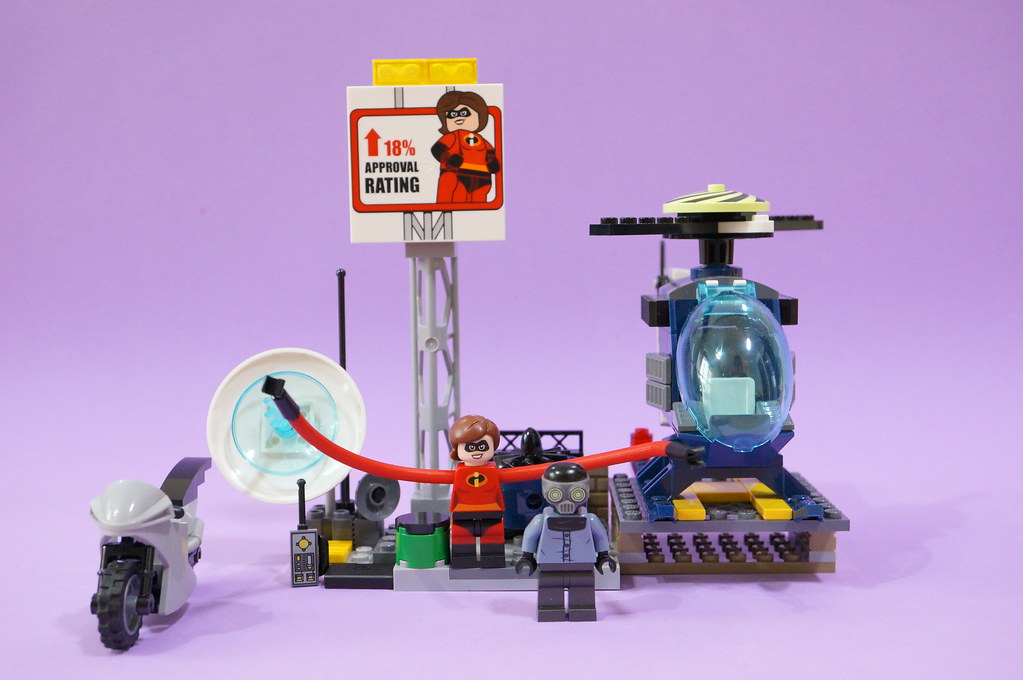 Mrs. Incredible comes with elastic hands which can slide across the torso as seen in the composite picture below. In the extreme, we were able to sit Mrs. Incredible onto the bike with hand on the handlebars and the other one outstretched to try and stop Screenslaver from escaping in the copter.

Front of Elastigirl looks good with a detailed torso print and dual molded legs representing the boots of the costume. Back of Elastigirl is plain.

Front of Screenslaver features a headpiece with goggles showing the same colour scheme as the swirly piece on the helicopter. Is this a new element? Torso is printed on both the front and back while the leg is unprinted.

If you were to remove the Screenslaver mask, there is another print on the head which we will not show here as it might be potentially spoiler-ish.

As with all Juniors sets, this is intended to be easy to build and intended for maximum playability and it scores well in both regards.