We must admit that we are somehow mysteriously drawn into the Brickheadz line for one reason or another.
When we saw that this little guy was released for sale, we just had to bring it back home. 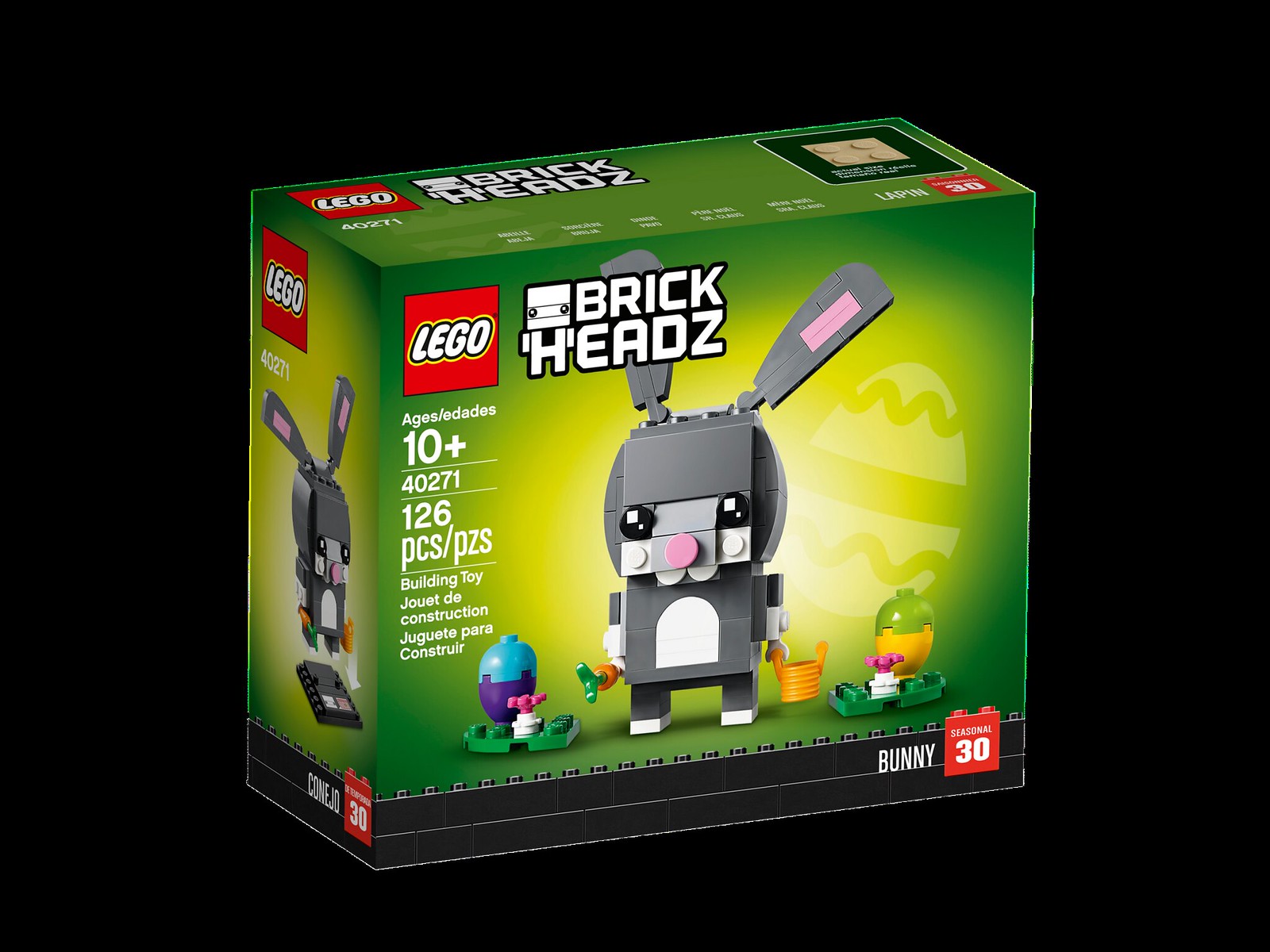 As with other Brickheadz, this is mostly a static display piece. However, there is a small play feature/Poseability feature on this brickheadz as the ears are flop-able. You can see this in the series of pictures below. This play feature does lend some expression change to the lil cutie. 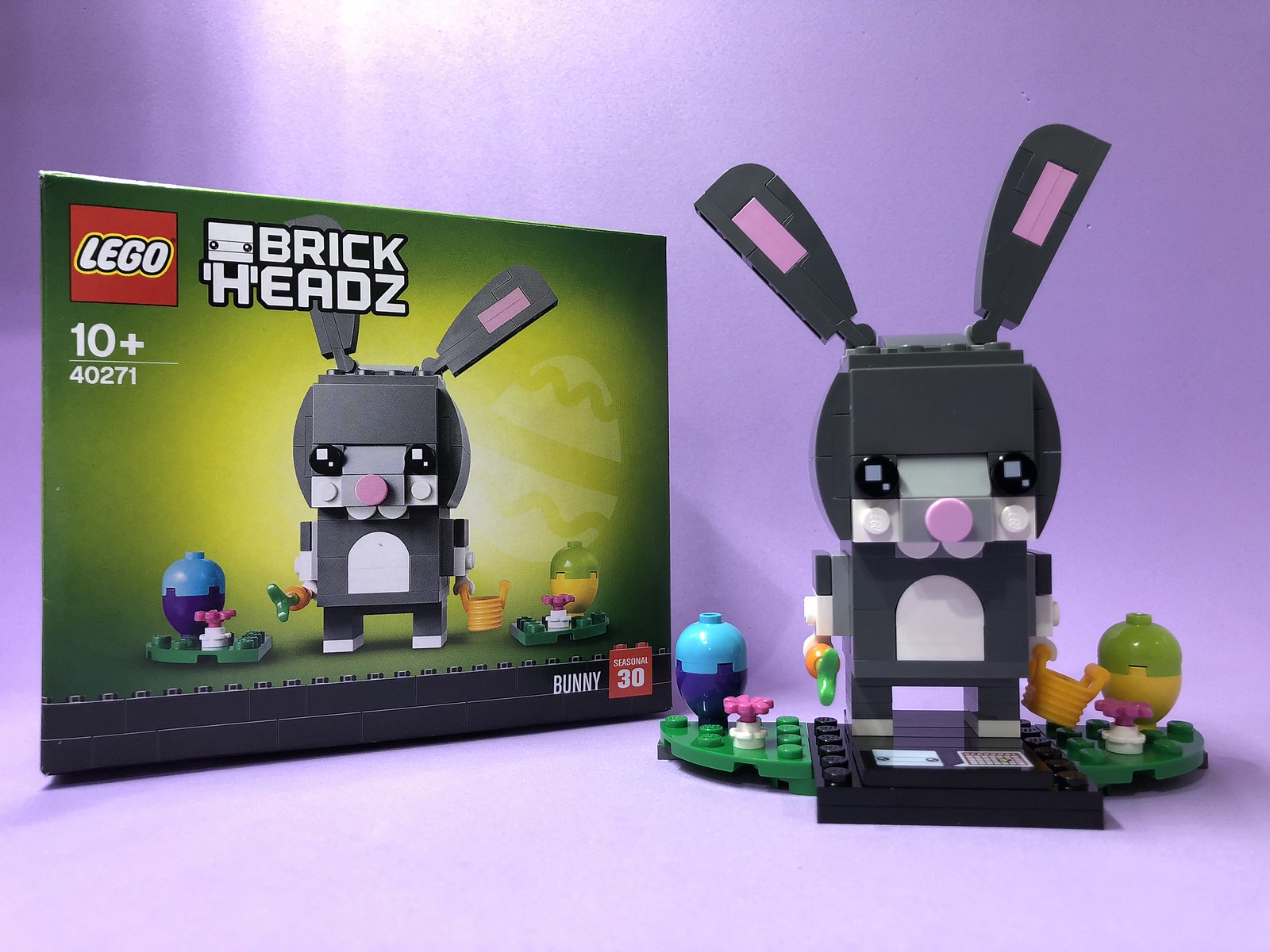 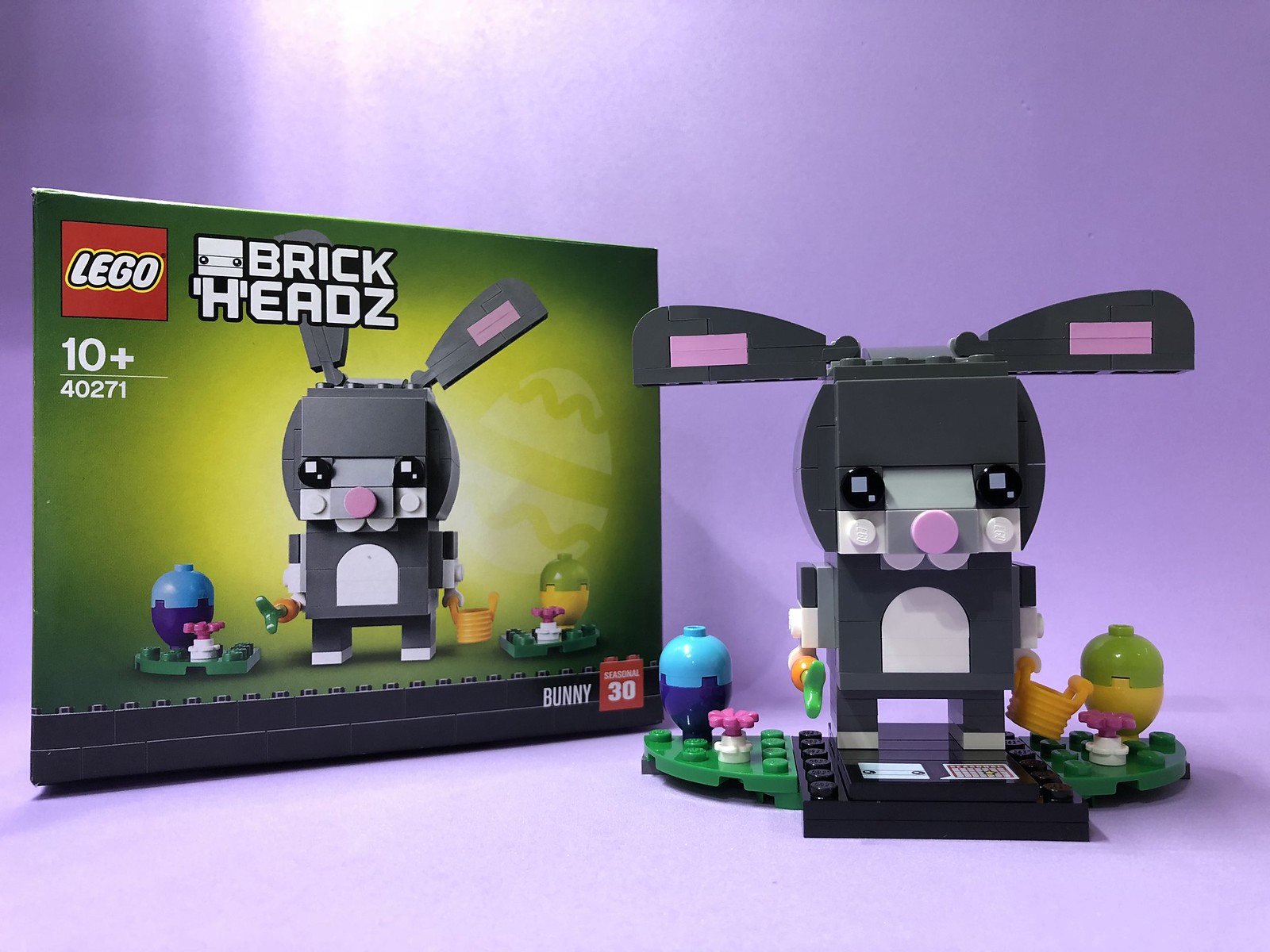 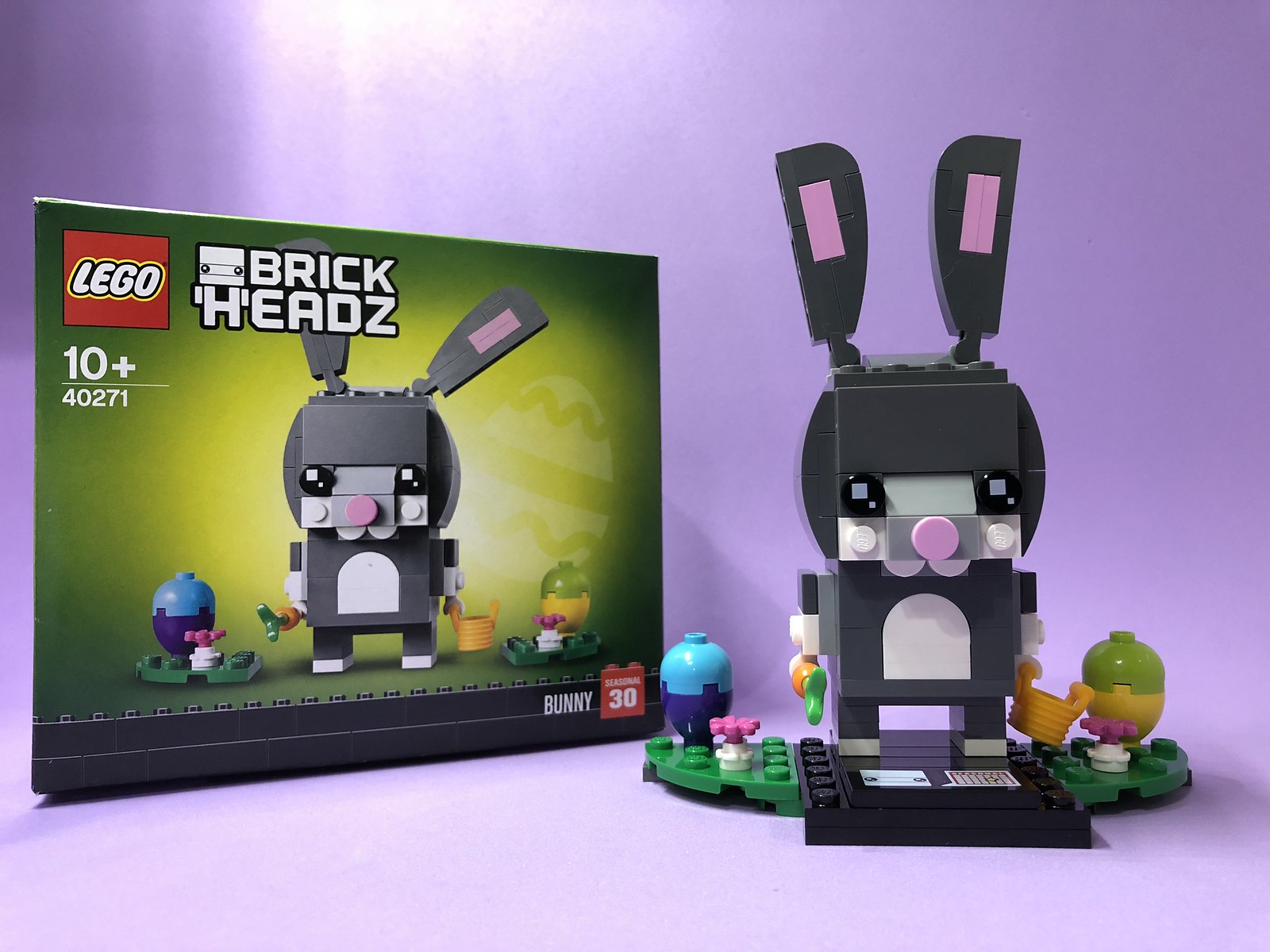 Is this set any good? We say yes. It’s one of the cuter sets in the whole seasonal series this year.
We love the rabbit teeth although in our pictures, it’s somewhat greyed out due to a shadow from the nose element on top. The additional optional side builds with a couple of balloons and new flower elements thrown in are a bonus but will probably end up in our spare parts stash. 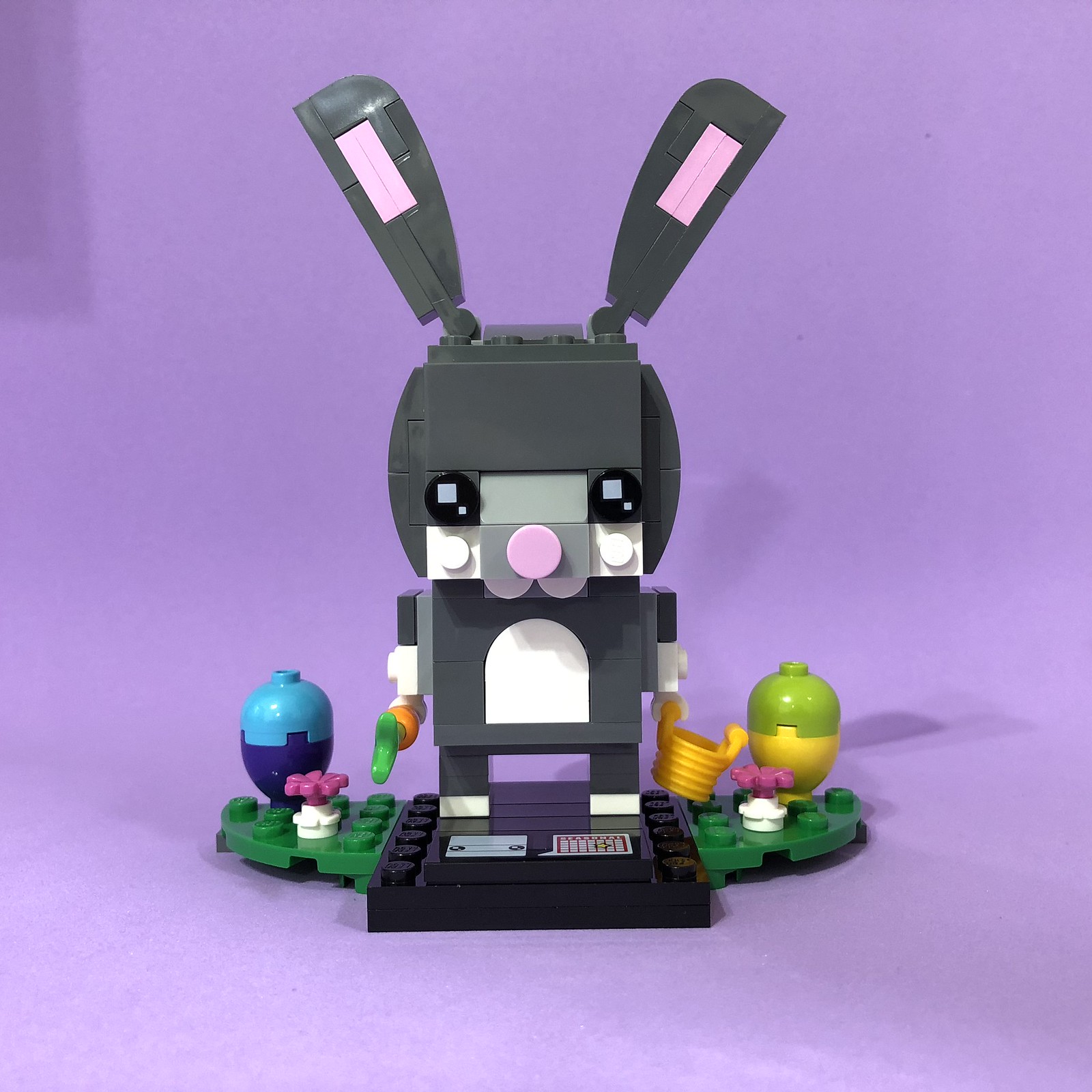 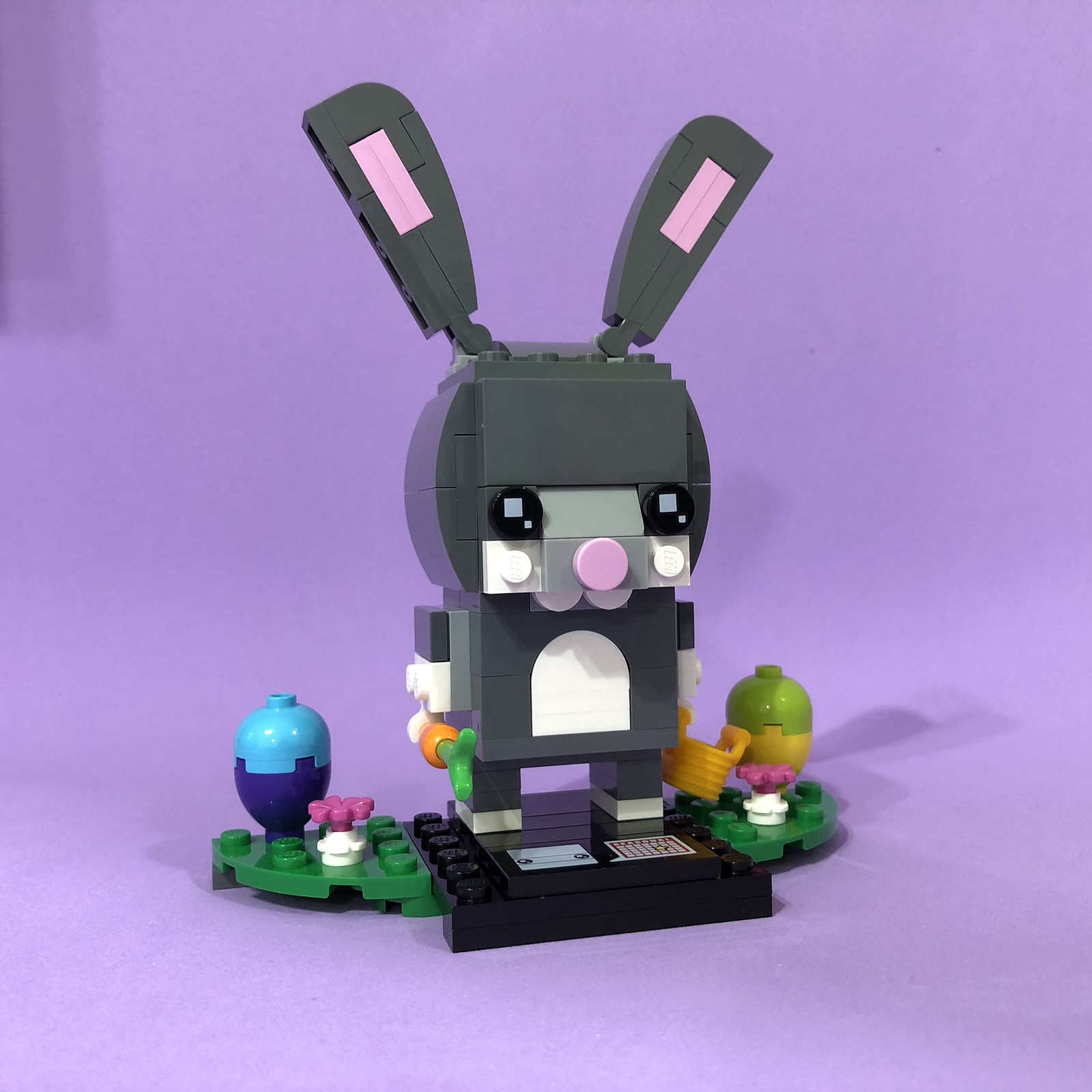 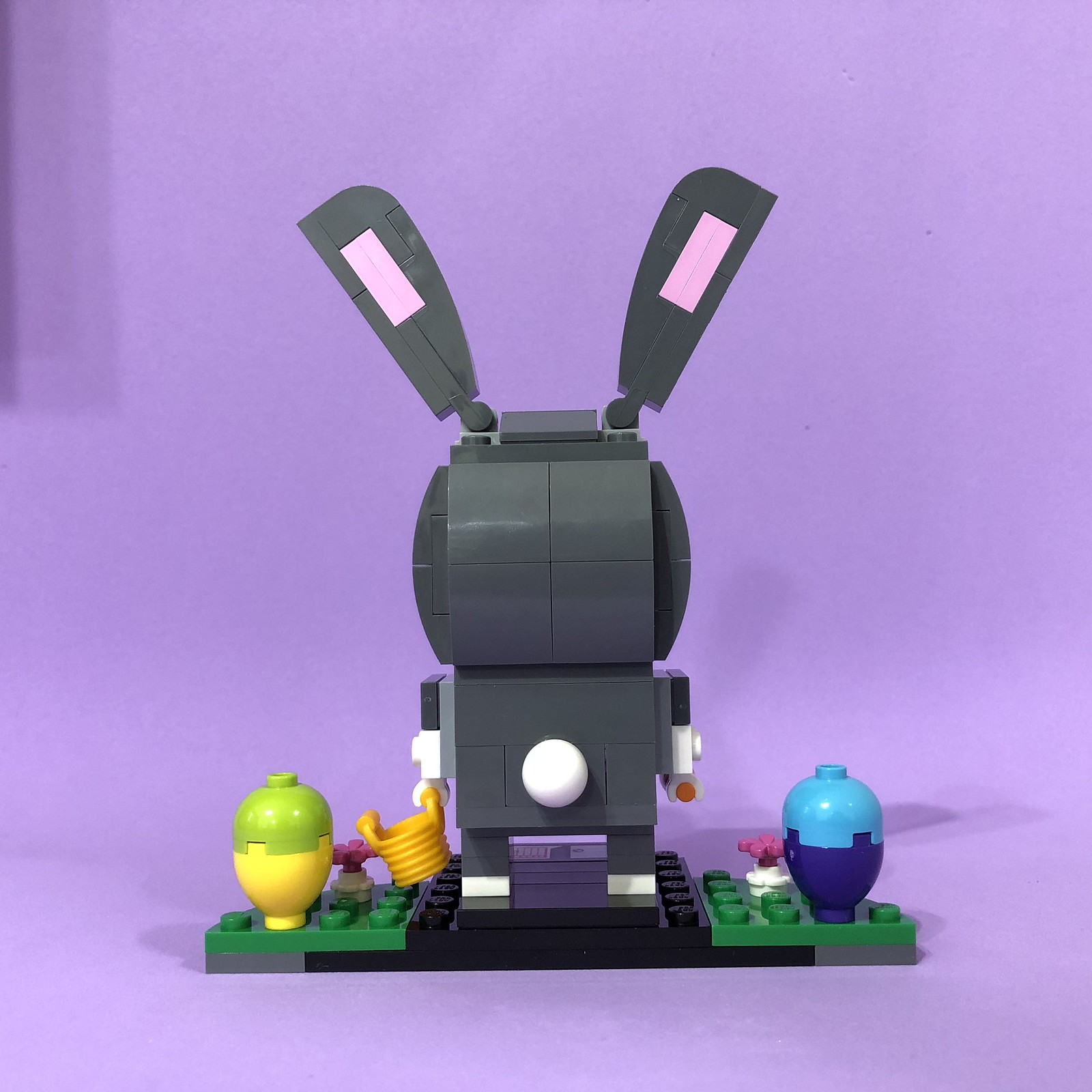 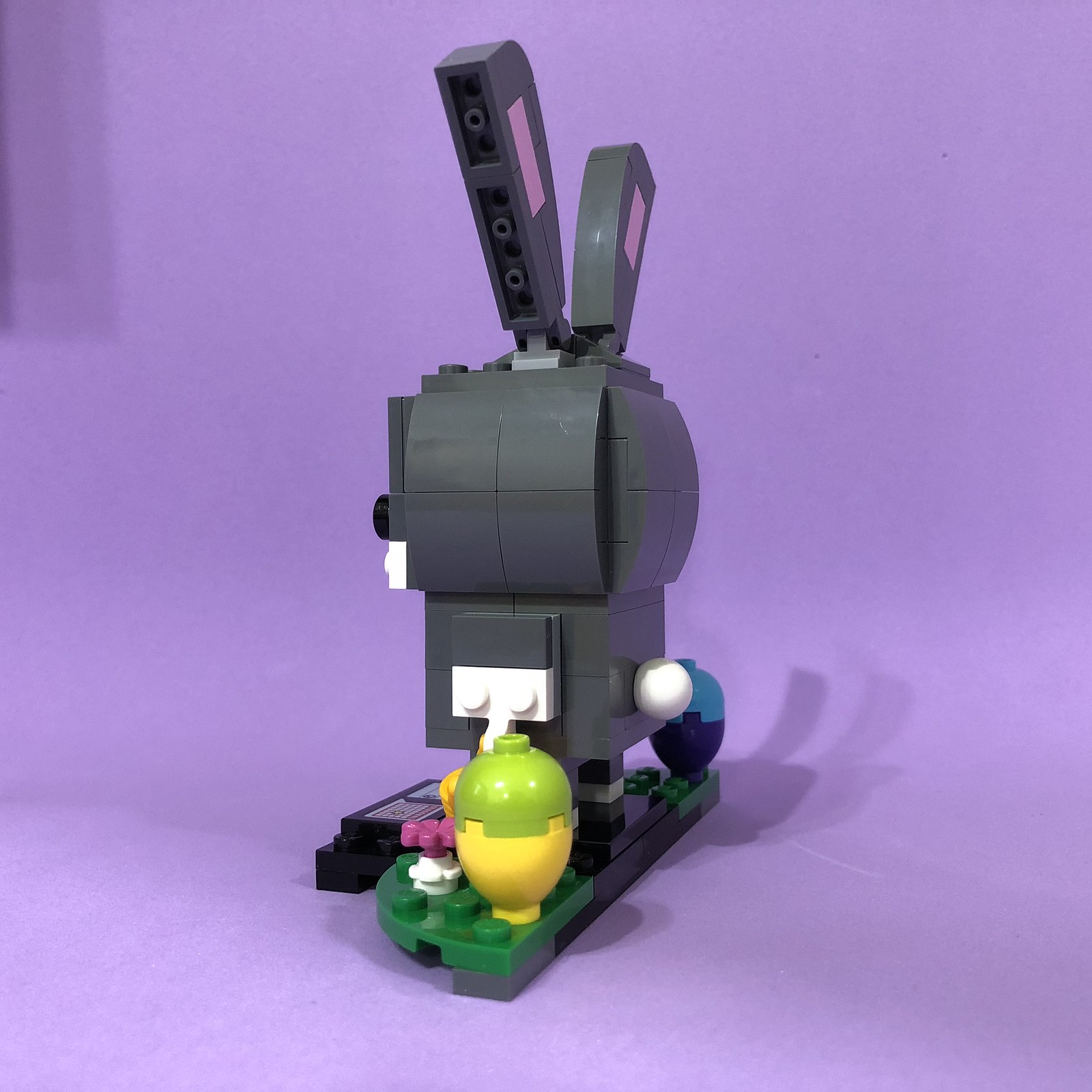 We so look forward to the two Christmas Brickheadz (Mr. and Mrs Claus) as they look us as the standouts of the series. Based on the instruction manual, the next Seasonal Brickheadz to be released is the Witch will be out in September 2018 for the Halloween season. 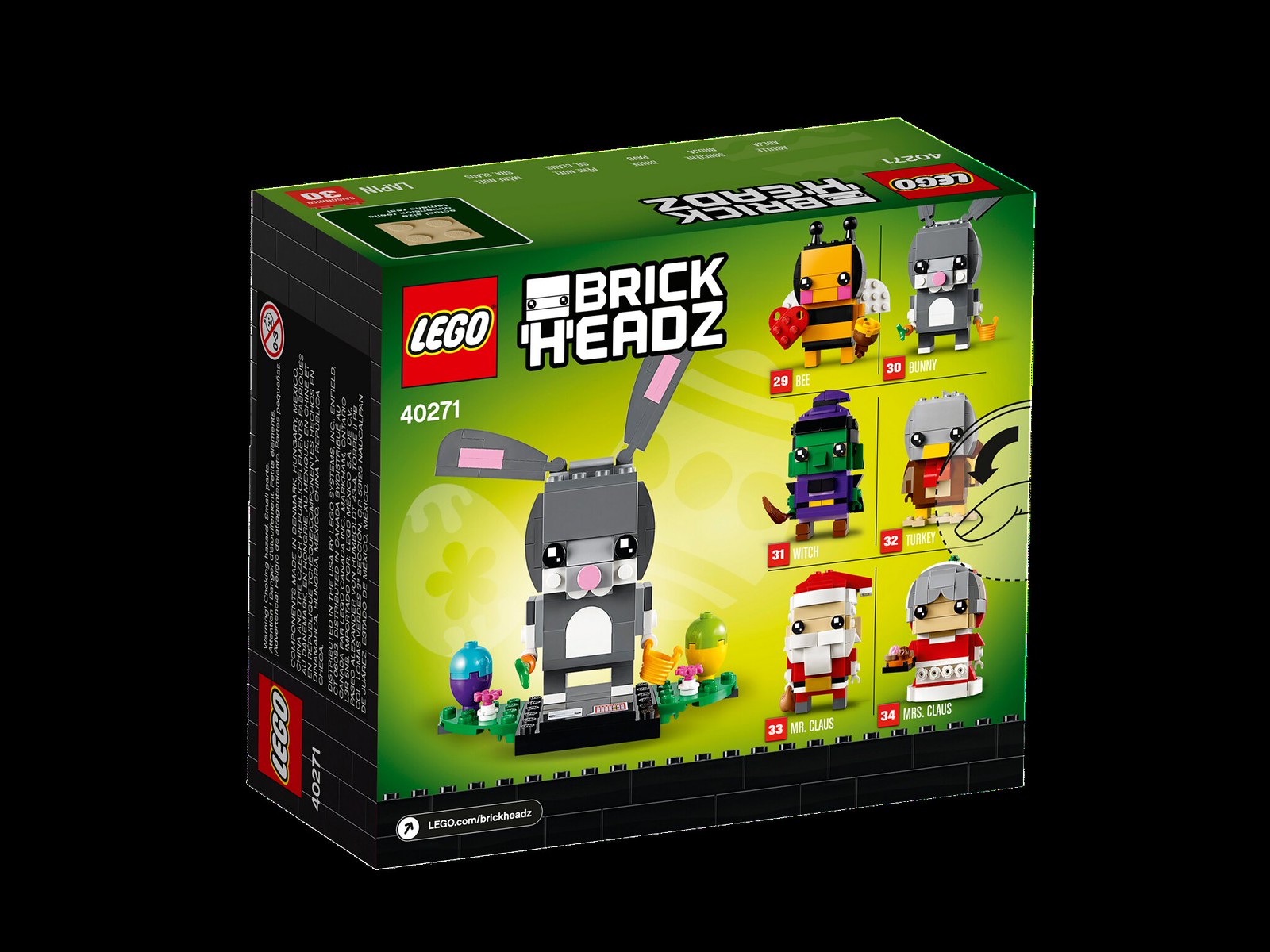