A few hours ago, social media was awash with the new USA LEGO STORE calendar for Jan 2018. Highlights are the confirmation of the Creator Expert Modular Downtown Diner set which we’ll probably get an official press release of in the coming weeks and a 60th anniversary minibuild set that celebrates the 60th year of the LEGO brick system. (Not forgetting that sweet Darth Vader Pod too**Update 8th Dec, the Darth Vader Pod has been cancelled due to manufacturing issues/limitations

Upon first view, this 60th anniversary set weighing in at 421pcs is similar in concept to the recent “50 years on track: employee gift set where contains a few minibuilds that represent classic sets from yesteryear. 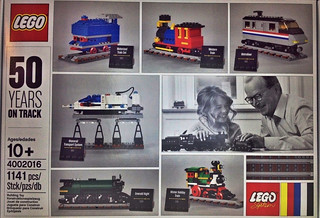 Thanks to AFOL tavo2809  who has identified the sets that they potentially represent, we have created a simple one image view compilation

Finally, we also include the Brickset links to the said classic sets which cuts across four distinct themes, Castle, Trains, Pirates and Classic Space. 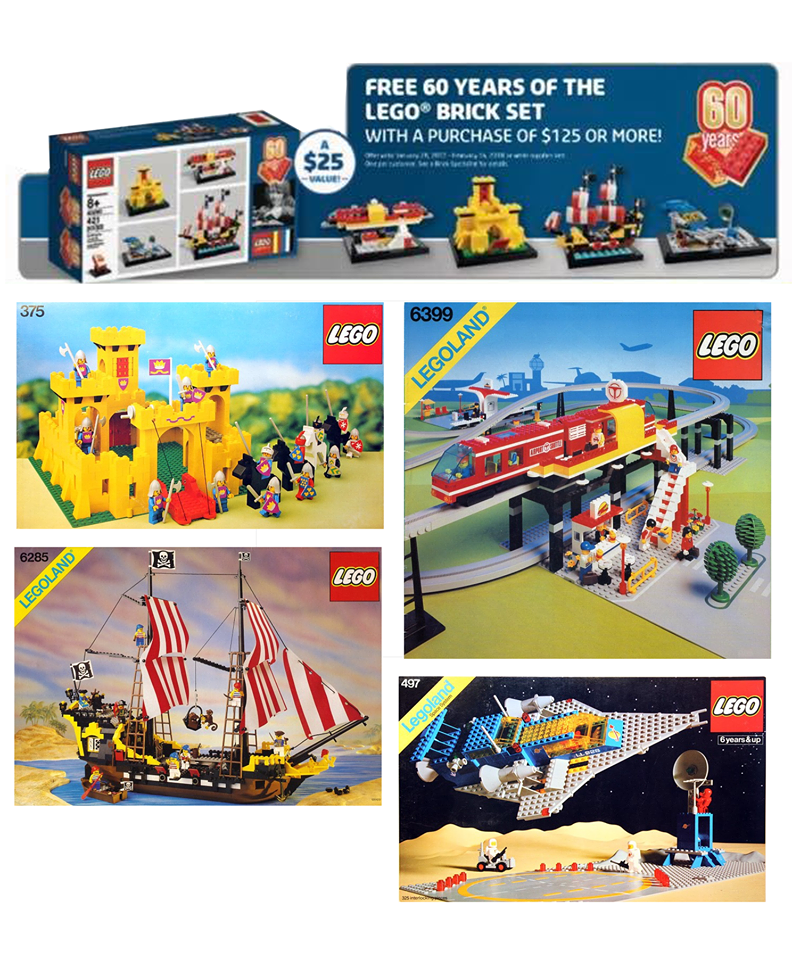 Jan 2018 is shaping out to be a new and exciting month for LEGO lovers. A small revamp to the popular modular building lineup and an exciting nod by LEGO to the past 60 years of the brick. 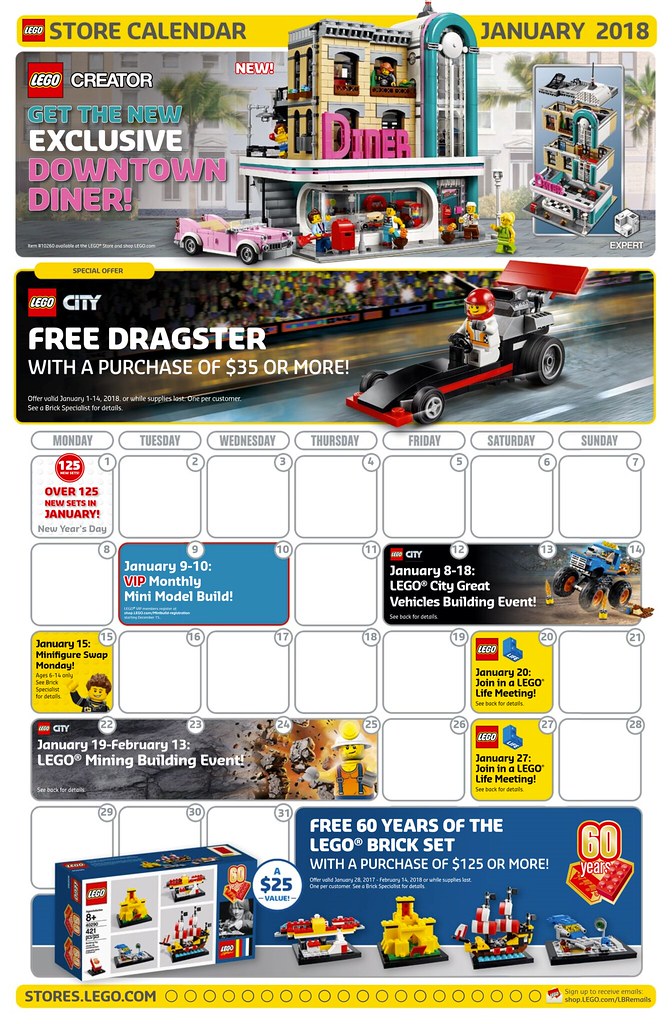