The 2nd wave of Ninjago Movie sets was released on 27th of October 2017 in Malaysia, Singapore and New Zealand which included the Quake Mech, Piranha Chase, Volcano Lair and the garmadon, Garmadon, GARMADON sets.
We got our hands on the Quake Mech from our local store and decided to do a quick review of the set while we built it.

This will be a personal unbiased review. (Sorry about the overexposure of the pics as we overcompensated due to a problem with our lighting)
We’ll leave the in-depth look to the experts in Eurobricks who have a marvelous team of reviewers. (We’ll link it here once it becomes available later)

The contents of the box include a BIG wheel, a BIG hub, an instruction manual, a sticker sheet and 8 bags of ABS goodness. 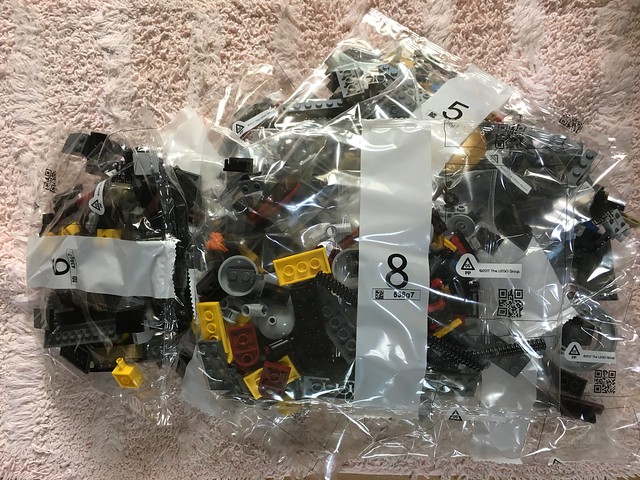 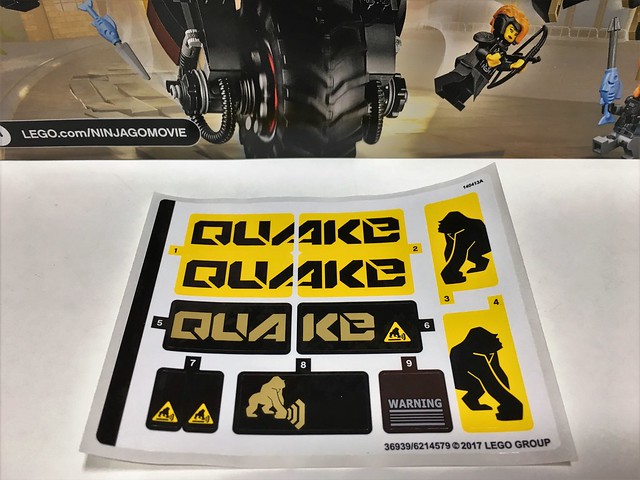 After Bag 1 is completed, the skeleton of the cockpit can be seen as well as the shoulder rotation mechanism. 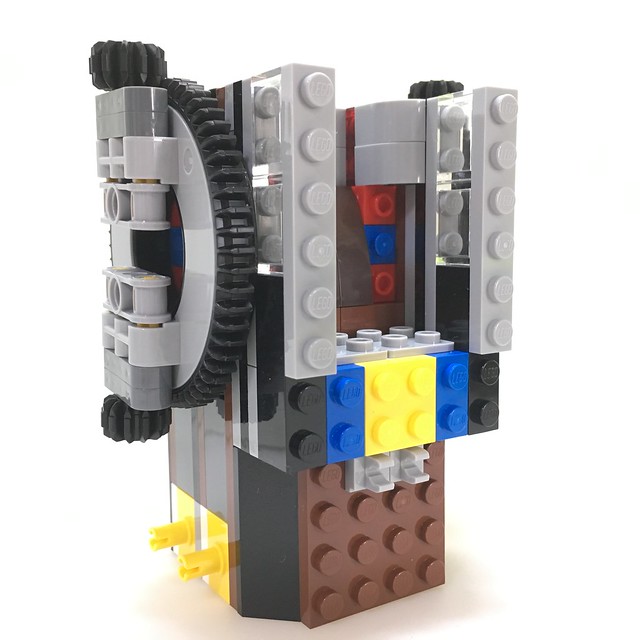 Bag 2 is completed and you can see that the LEGO designers tried to give the Quake Mech cockpit the “Oni Kabuto” look that is a popular samurai helm used in a lot of mainstream films like Tom Cruise’s The Last Samurai (The red armor pictured below, for example) 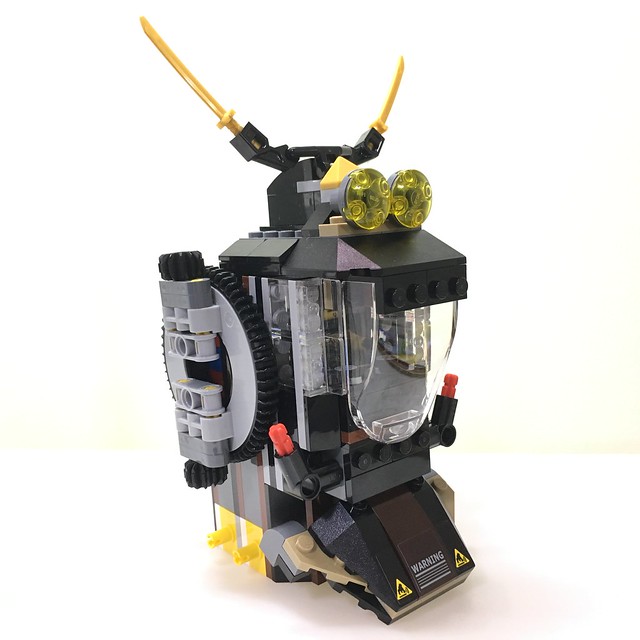 Bags 3 and 4 are completed and the shoulders are up. You can see the rotation mechanism and the 90 degrees hinge in the picture below as well as how the cockpit is opened up for Cole to access the mech. 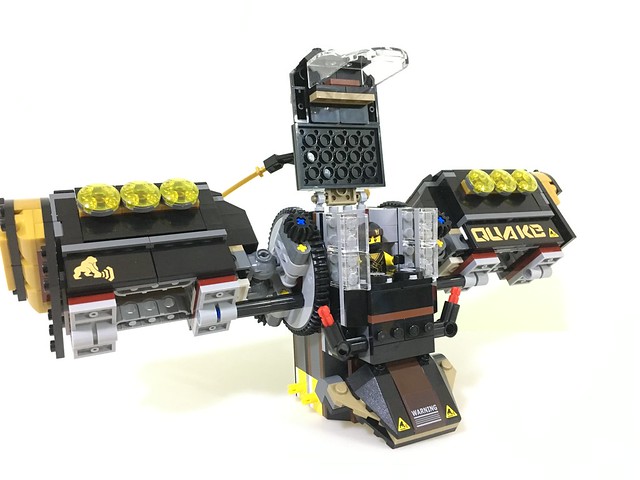 Bag 5 is completed and the arms are partially up and the palm is made of Collectible Minifigure bases giving them a slight texture. We’ve opened up the shoulders to show the speakers hiding inside. The bottom speakers can be flicked out like missiles. 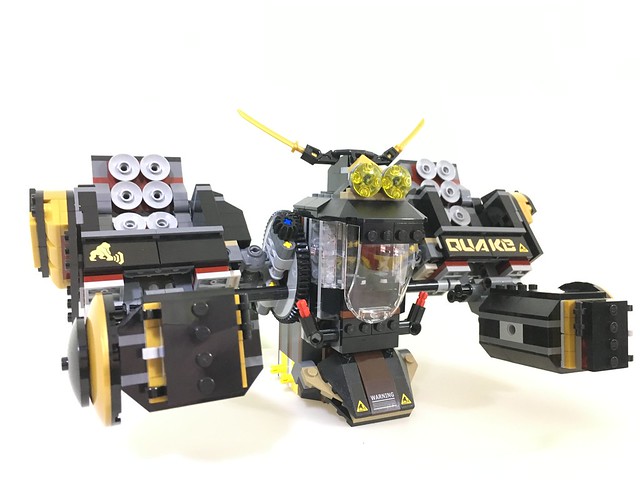 Final build after all 8 bags are done. We’ve included a few poses here to sort of show the range of articulation that can be achieved by the mech including the individual pose able (and functional) fingers 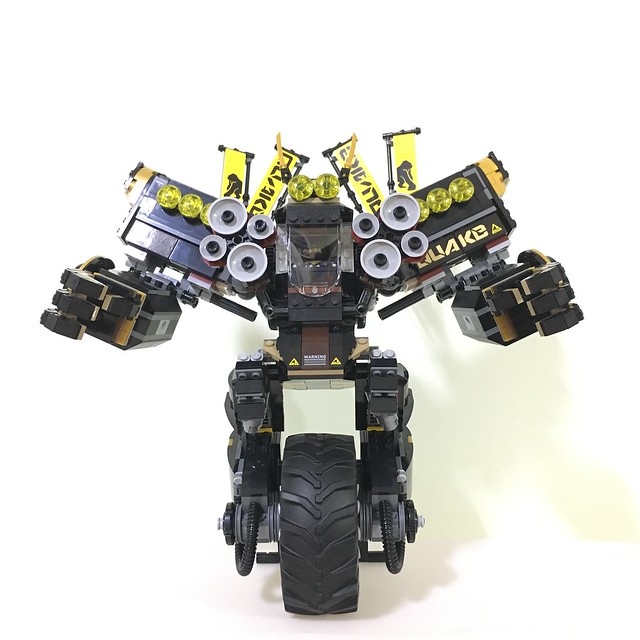 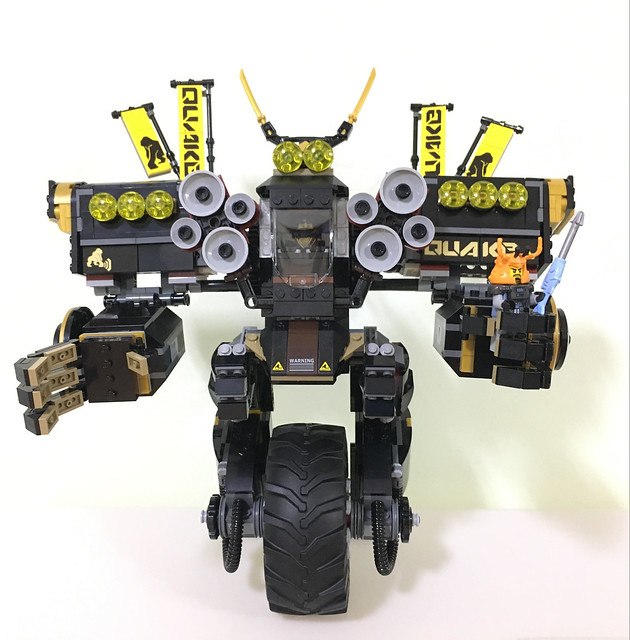 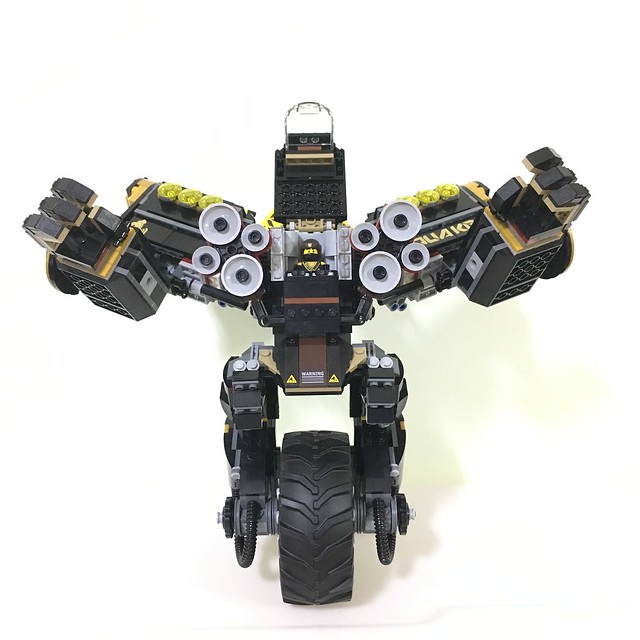 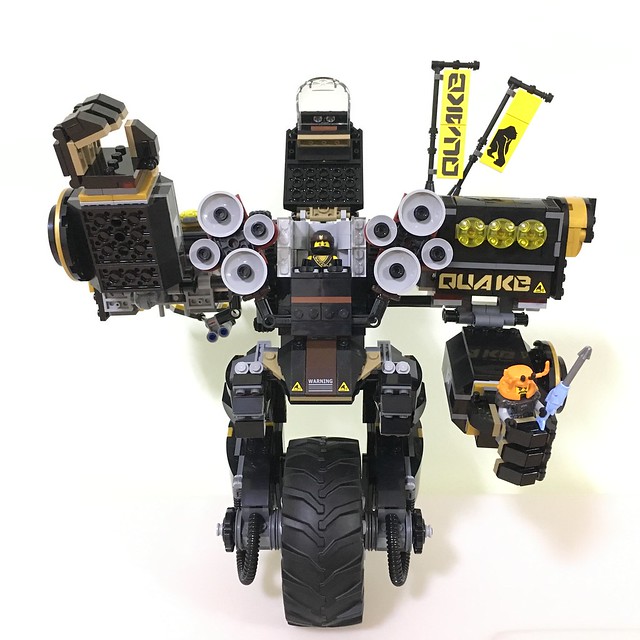 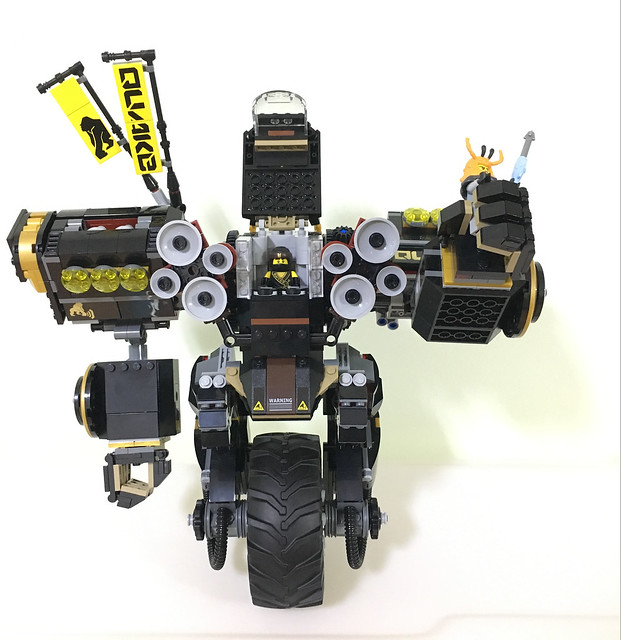 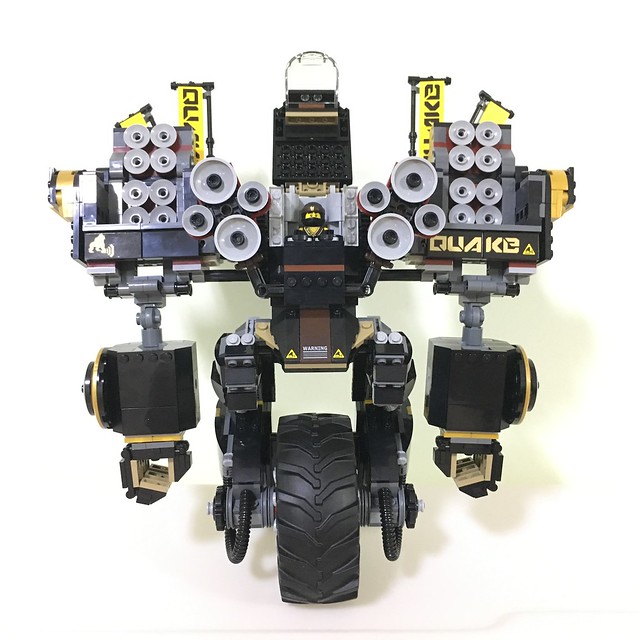 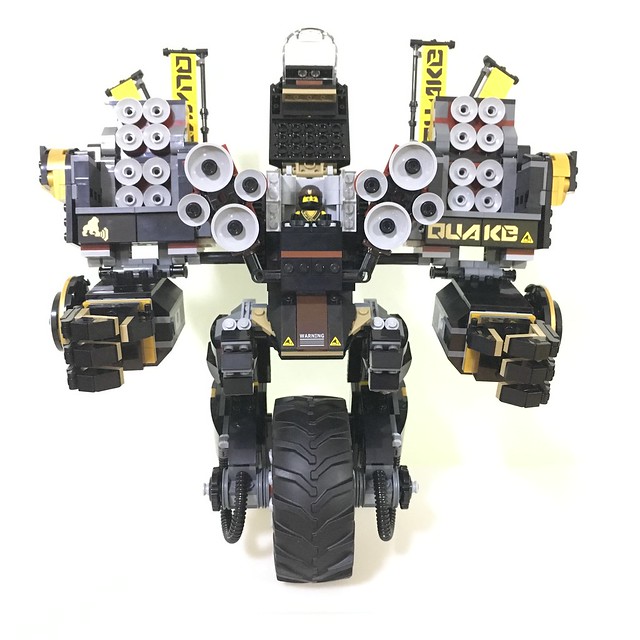 Many have been curious about the way the set tackles the mech’s one wheel balancing act. The set does that by using a technic frame to hold the mech. Zoomed in side and back views of the frame are shown below. 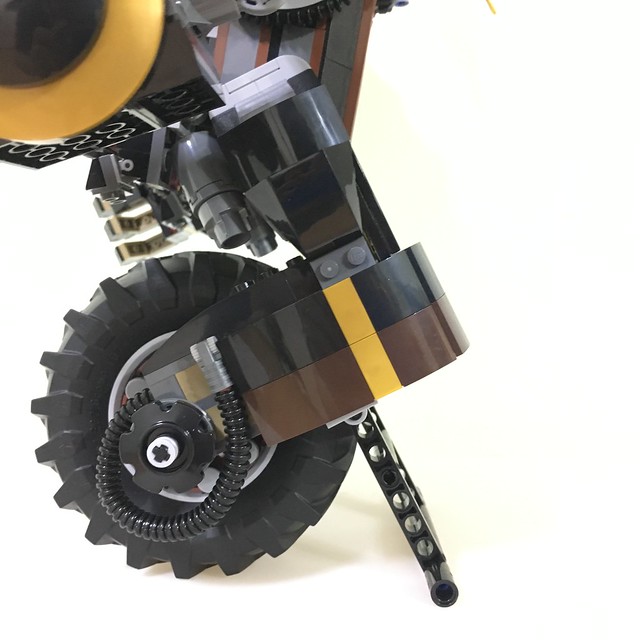 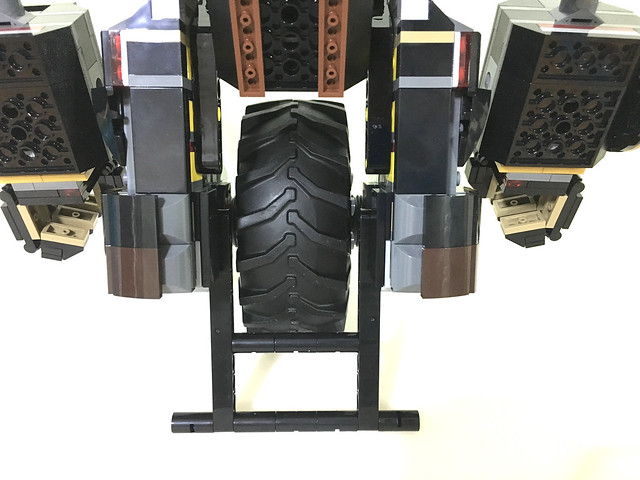 The Ninjago Movie shows that Cole controls the Mech with two turntables and this is recreated by the designers via two printed 2×2 round tiles. These are the only printed pieces in this set. 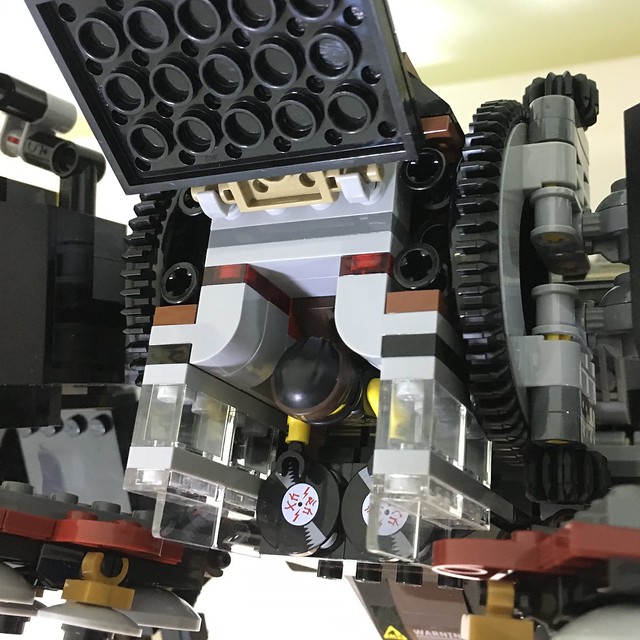 Minifigs
They are a total of five with the main draw being Misako aka Lady Iron Dragon. It has been well documented now that the print on the Lady Iron Dragon figure suffers from being printed on a darker background than the actual print leading to the background saturating the print (same printing phenomenon for figures like Aladdin’s neck from the Disney Collectible Minifigure line) but other that that, it is a phenomenal minifigure.
Detailed analyis on this figure can be found on Makoy’s review on the Piranha Chase set here 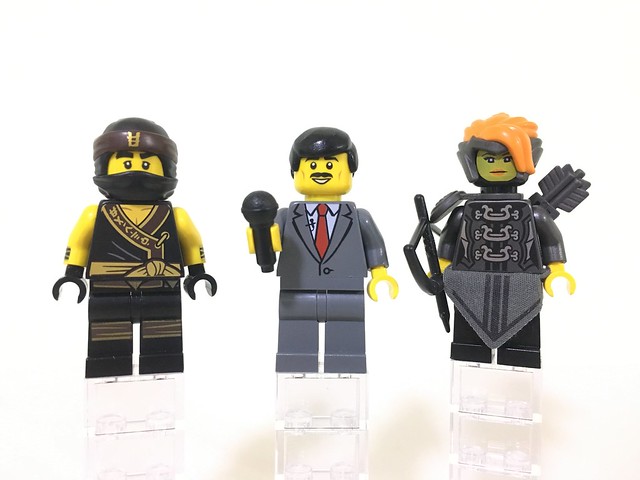 With a RRP of S$149.90 and MYR399.90, this is a good set to get for Ninjago and mech lovers. The peculiar one wheel base and the pose-able fingers set it apart from other mechs whether it be official ones or mocs.

As a parting image, here is a view of the Quake Mech next to the Fire Mech and boy, do they complement each other. The Quake Mech looks menacing and cute at the same time. 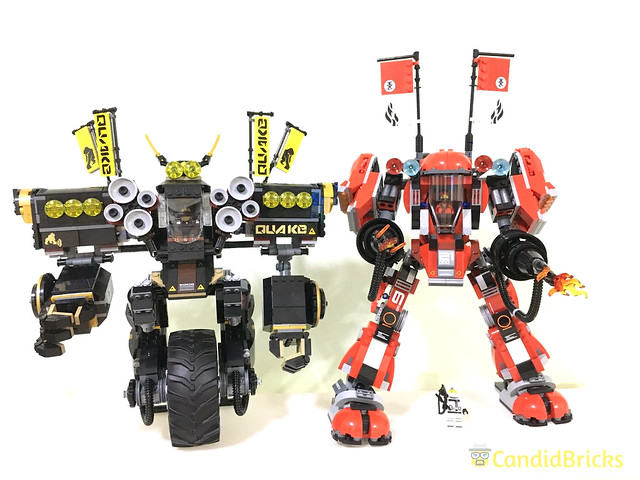